by Ken Haedrich in Recipes

If you never imagined chocolate and pumpkin as great pie partners, this pie will surprise and delight you.

Triple-Layer Pumpkin-Chocolate Pie has a “plain” pumpkin pie layer, a chocolate-pumpkin layer, and a sweetened sour cream layer on top. It’s the one pie my wife, Bev, must have every fall. You may feel the same once you’ve tried it. The recipe makes 8–10 servings, depending on how generous you are. Use your choice of single-crust pie dough (there are several recipe options available in Pie Academy).

Ken Haedrich is the author of more than a dozen cookbooks, including Pie Academy, The Harvest Baker, Maple Syrup Cookbook, and Home for the Holidays, a… See Bio 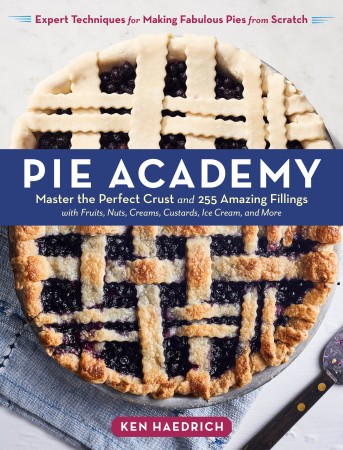 We don't sell books directly through storey.com. If you'd like to buy Pie Academy, please visit one of the online retailers above or give us a call and we'll take care of you. Support local businesses when you can!