by Patrick Evans-Hylton in Food

Though we lack consensus around which president the Presidents’ Day holiday is truly intended to honor, there’s little debate over the pivotal role that founding father Thomas Jefferson played in shaping American gardens and cuisine.

The New World was a little less new when Thomas Jefferson was born in 1743, some 130 years after English explorers first set foot on what would become Virginia. But America was continuing to grow — not just geographically but socially. Boundaries were being pushed: the Wild West was just over the Blue Ridge Mountains, and a decidedly American flavor was developing.

Jefferson was educated at the College of William & Mary in Williamsburg, and later founded the University of Virginia. One of the more famous signers of the Declaration of Independence, he trained as an attorney and served as a representative in the House of Burgesses, a member of the Virginia House of Delegates, the governor of Virginia, a member of Congress, minister to France, secretary of state, vice president of the United States, and the nation’s third president. He wrote extensively, while overseeing the vast holdings of his Monticello estate.

The gardens at Monticello. Photo © Edwin Remsberg, excerpted from Dishing Up® Virginia.

The legendary garden at Monticello produced more than 250 different varieties of vegetables and herbs. Jefferson favored vegetables over meat, writing in 1819, “I have lived temperately, eating little animal food, and that not as an aliment, so much as a condiment for the vegetables which constitute my principal diet.”

While Jefferson loved the foods of his native Virginia, his travels to Europe and his service as minister to France opened his eyes to a new culinary world. He relished trying new fruits and cheeses, and sampling ice cream, teas, waffles, and macaroni. Souvenirs from his trips included a waffle iron, a pasta machine, and “a stock of macaroni, Parmesan cheese, figs of Marseilles, raisins, almonds, mustard, tarragon vinegar, oil and anchovies.”

Jefferson also loved good wine and was a lifelong collector, bringing nearly 700 bottles home with him from France. As president, he had cellars built under the White House that stored some 20,000 bottles; his personal wine bill during his two terms was around $11,000. His Monticello cellar included vintages from France, Germany, Hungary, Italy, Portugal, and Spain.

White House dinners were filled with not just imported foods, but local foods too: the chef shopped daily at a market in Georgetown. “[Jefferson] had a very long dining-room, and his table was chock-full every one of the 16 days I was there,” Edmond Bacon, a Monticello staff member, wrote during a visit. “There were congressmen, foreigners, and all sorts of people to dine with him.

Macaroni was an ancient Old World dish that Thomas Jefferson became smitten with on a trip to Italy. He was so entranced, he shipped a pasta machine back to America around 1790 and wrote of the dish. He describes making a paste “with flour, water & less yeast than is used for making bread” and running it through the machine to create macaroni. It was a dish he enjoyed and liked to serve to guests.

Congressman Manasseh Cutler of Massachusetts wrote this of the dinner menu he attended at the White House on February 6, 1802: “Dined at the President’s—Rice soup, round of beef, turkey, mutton, ham, loin of veal, cutlets of mutton or veal, fried eggs, fried beef, a pie called macaroni.” Mary Randolph’s recipe, in her 1824 cookbook The Virginia Housewife, was a standard of the day: “Boil as much macaroni as will fill your dish, in milk and water till quite tender, drain it on a sieve, sprinkle a little salt over it, put a layer in your dish, then cheese and butter as in the polenta, and bake it in the same manner.” 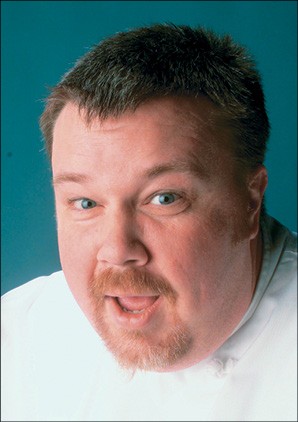 Patrick Evans-Hylton is a food writer and editor and intimately involved with the local Virginian food world. He is an instructor at the Culinary Institute… See Bio

Dishing Up® Virginia by Patrick Evans-Hylton
Foreword by Marcel A. Desaulniers
Photographs by Edwin Remsberg 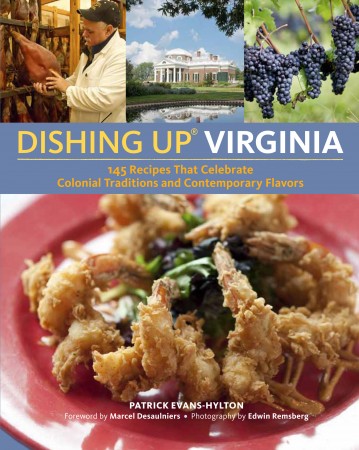 by Patrick Evans-Hylton, Marcel A. Desaulniers and Edwin Remsberg

We don't sell books directly through storey.com. If you'd like to buy Dishing Up® Virginia, please visit one of the online retailers above or give us a call and we'll take care of you. Support local businesses when you can!