The Bears and the Bees: Protecting Backyard Hives

Yes, bears love honey — and high-fat honey bee brood — but there are effective ways to protect your hives from bear predation or damage. You don’t have to study today’s headlines for long to notice an uptick in the number of encounters between humans and animal predators. Over the past century, the range and populations of smaller predators such as coyotes, raccoons, and foxes have expanded throughout much of the country. As a result, many of these animals are now very comfortable living in close proximity to humans, even in urban areas. As large predators — wolves, mountain lions, and bears — slowly return to their original ranges, their appearance near farms and in backyards is increasing. This is a problem not just for farmers and ranchers but for rural and suburban folks who are taking up poultry raising and beekeeping.

Conflicts between animals and people are inevitable. Sometimes, when faced with an escalation of incidents, the first reaction is to take lethal measures. Recently, lawmakers in Maryland passed a bill that would allow beekeepers to shoot bears that actively threaten hives. It’s true that, in addition to their potential to attract disease, mites, and other pests, beehives are especially alluring to certain animal predators. Bears in particular are capable of causing serious hive damage and, for people who rely on bees as a source of income, significant economic loss.

But with bear populations — and the number of people keeping bees — on the rise, we need to learn new skills for coexisting. Fortunately, there are effective measures for living alongside wildlife — a strategy that’s better in the long run for our ecosystems than predator elimination. As Tony Pisano, author of Build Your Own Beekeeping Equipment, notes, “bears will continue do what comes naturally, and that is search for food. Beekeepers have a responsibility to set up proper protection for their hives.” So what can a beekeeper do? It’s critical to make sure your fencing is ready from the start. Tony advises all new beekeepers to protect their hives from bears with an electric fence that is set up before they get their bees. Robust, well-grounded electric fencing consisting of 6 or 7 strands of electric wire powered by a good charger or energizer is the best protection against bear damage. Wide-impedance energizers deliver higher voltages, especially in dry soil conditions, and work better as predator deterrence than the more common low-impedance chargers often used with livestock. Alethea Morrison, author of Homegrown Honey Bees, says, “I’ve had bears come to my hives on numerous occasions, and the fence has always worked as a deterrent.”

Next, consolidate your hives into bee yards. Properly fenced and well maintained, a bee yard can provide nearly complete security. Fenced bee yards also keep out wandering neighborhood dogs, larger animals that might knock over hives, and smaller troublesome predators such as raccoons or skunks. Electric netting or tightly woven mesh with an electric scare wire at the top will deter raccoons. Burying wire mesh or hardware cloth in an apron six inches down and extending out by six inches will prevent skunks from digging under a bee yard fence. Electric netting can also provide temporary protection around a seasonal hive site. Electric scare wires can reinforce existing fencing, such as woven wire fencing or livestock panels. Ranchers or homesteaders who keep livestock and use livestock guardian dogs for predator protection often place fenced bee yards inside their pastures, where the dogs will protect the hives and other livestock from bears and others predators.

Tony Pisano also points out the importance of fence maintenance and of regular testing, to make sure your fence is doing its job. “If a tree overhangs your fence, a bear could climb it and drop down inside. If the vegetation around your fence isn’t kept trimmed, depending on your charger, it can weaken the battery to the point of being ineffective.”

If you’re unsure how to build or test a fence, he suggests workshops run by your town or local beekeeping organizations. While good fencing is somewhat costly, when balanced against potential losses to hungry bears, it is certainly justifiable. “Some people don’t bother [with electric fences],” Tony notes. “Some don’t think there will be a problem [with bears] where they live. [Some have said] it would be cruel for the bear to get shocked.” But discouraging foraging bears with an electric shock is far less cruel than removal by authorities or the other alternatives many of these animals now face.

Even if you haven’t had a visit from a predator yet, they are in your neighborhood. With all the challenges currently facing beekeepers, preventing predation is among the easiest of our tasks. 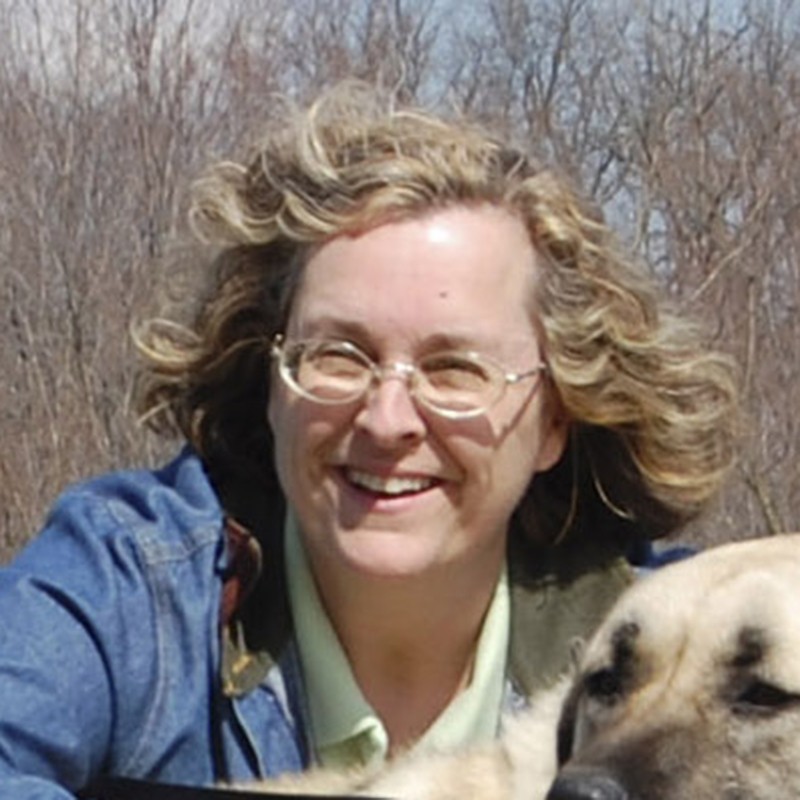 The Encyclopedia of Animal Predators by Janet Vorwald Dohner 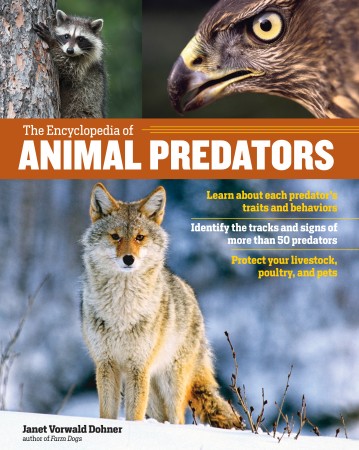 The Encyclopedia of Animal Predators

We don't sell books directly through storey.com. If you'd like to buy The Encyclopedia of Animal Predators, please visit one of the online retailers above or give us a call and we'll take care of you. Support local businesses when you can!