by Storey and Sue Weaver in Farming & Sustainable Living

Husband John and I came to a momentous decision last week. Instead of building a cabin here on our ridgetop in northern Arkansas, we’re going home: home to Minnesota, though it won’t happen for a few more years. When we go back to Minnesota, we’ll build another
writing getaway like the one at Pooka’s Pond.

We came to the Ozarks because John was tired of long, arctic Minnesota winters. I came with memories of lazy Ozark summers spent with a friend in Texas County, Missouri, during the late 1960s, thinking this would be an idyllic place to live. It’s not, at least not for off-the-cuff folk such as we are, and John’s decided there are worse things than snow and bitter cold. Like sizzling heat from May until September (it’s 103° with a 118° heat index as I write this), ultraexpensive hay (a huge factor with an animal family such as mine), and, well, being perpetual outsiders. So the North Woods beckon. Home. And we’ll have a smoky little sauna in the woods.

We’ve decided to wait until John’s eligible for Social Security before we move; that will be April of 2016. Then we can buy wherever we find the perfect property because he won’t have to work away from home. And moving a horde of sheep and goats, assorted equines, a flock of chickens, a llama, an enormous steer, and a water buffalo, not to mention a razorback pig, is a logistical nightmare (we moved 12 horses when we came here, and I vowed I’d never do something like that again). By our waiting, our elderly animals will be gone. Even then, the thought of moving the remaining goats is pretty scary. What about their long, floppy ears? My Boers and Nubians are Southern Sallies; they know nothing about not dipping their ears in drinking water when temperatures hover at 30 below, which they do in the area where we want to live, so I’m already trying to dream up some sort of winter snood to hold their ears back along their necks on boreal midwinter nights. Ideas, anyone? I’m serious; if you have them, I want to know! Maybe we’ll have a magical pool
like the one at Pooka’s Pond . . .

Still, the idea of going home has me smiling most of the time. Lake Superior. The Gunflint Trail. Bruegger’s Bagels (I haven’t had a real New York bagel since we moved to Arkansas 9 years ago). Cities nearby — real cities with bookshops and vegetarian restaurants. Our own little rough-cut sauna (without black widows and copperheads lurking in the darker corners). Snow! Beautiful, soft, deep, deep snow! I love snow. Be still, my heart! We’ll be watching for a sweet spot like our former home at Pooka’s Pond, 20 acres of heaven in southeastern Pine County, way out in the boonies and off by itself on a one-track, dirt township road. Or maybe something more isolated. Yippee! We’re going home!

Sue Weaver sold her first freelance article in 1969. Since then her work has appeared in major horse periodicals, including the Western Horseman, Horse Illustrated, Chronicle of the Horse, Flying Changes, Horseman’s Market, Arabian Horse Times, the Appaloosa News, the Quarter Horse Journal, Horse’N Around, and the Brayer. She has written, among other books, Storey’s Guide to Raising Miniature Livestock, The Donkey Companion, and The Backyard Goat. Sue is based in the southern Ozark Mountains in Arkansas. 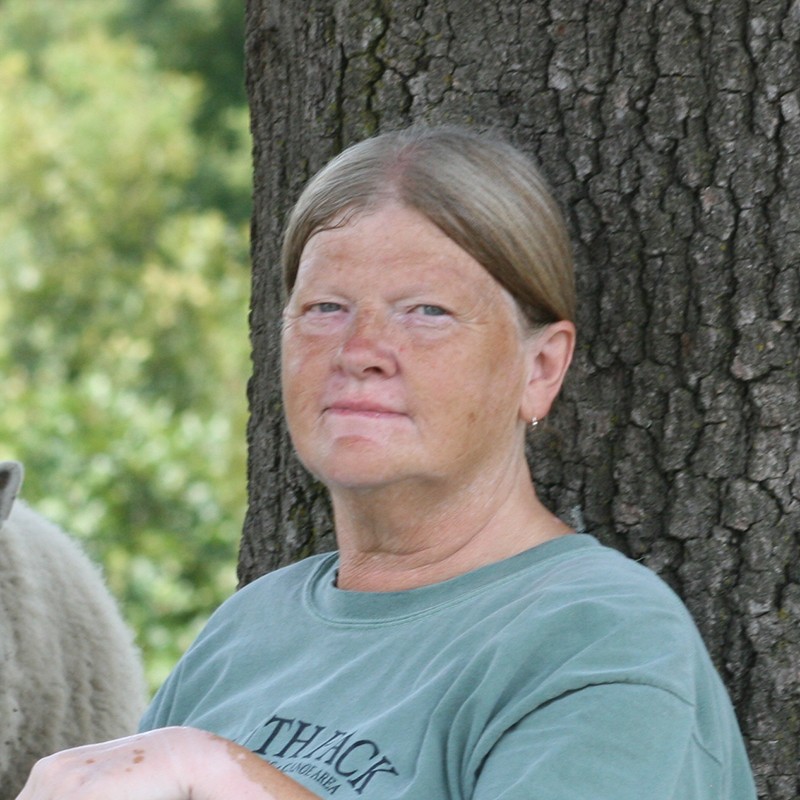 The Donkey Companion by Sue Weaver 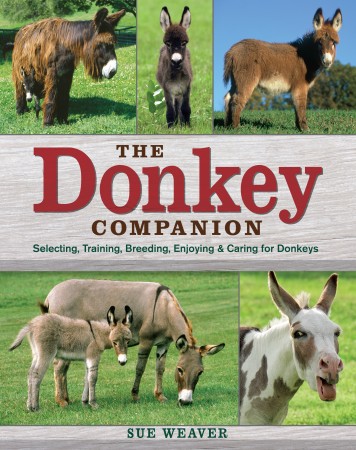 We don't sell books directly through storey.com. If you'd like to buy The Donkey Companion, please visit one of the online retailers above or give us a call and we'll take care of you. Support local businesses when you can!