In the Kitchen of the Great House

Author and food historian Paula Marcoux shares the splendors of the Heritage Harvest Festival at Monticello and garden-to-fire cooking in a presidential kitchen.

For this Storey author, 2014 was a big year. In support of the release of my book, Cooking with Fire, I traveled the country meeting scores of interesting people and making cooking fires in (or in the parking lots of) some unusual places: bookstores, camping supply emporia, TV stations, breweries, a vineyard, historic sites and museums, and even on the radio! I was surprised to find how many Main Street business districts in this country will happily accommodate an author kindling a wood fire, as long as shared tasty snacks are part of the program. But all this hoopla, as fun as it was, could not have prepared me for the pinnacle of excitement: leading a workshop at Thomas Jefferson’s Monticello as part of the Heritage Harvest Festival.

How could this not be a mind-blowing honor for a hands-on food historian — to cook in the actual kitchen of “the Great House” of Jefferson’s mountaintop home? Arriving with a sheaf of recipes from Mary Randolph’s 1824 publication, The Virginia Housewife, I checked off my workshop shopping list while touring the famous and spectacular Monticello garden with three expert gardeners. Together we selected from among dozens of heirloom varieties, harvesting the tomatoes, okra, lima beans, onions, cucumbers, squashes, and corn called for in the historic recipes. With the guidance of master gardener Pat Brodowski, this Yankee girl got to observe peanuts growing for the first time, and to learn what “gourd-seeded corn” looks like on the stalk. At the workshop, fellow food historian Leni Sorenson kept the erudition flowing while I dashed from the kitchen’s hearth to its potager and back again, processing a shocking variety of food in just a few hours. As Jefferson would have preferred, our menu was heavy on the vegetable dishes — a gazpacho, broiled sweet potatoes, okra and tomatoes, and pickled nasturtium buds, with a little meat for relish (in this case, a leg of lamb roasted on a string, a recipe you can find in Cooking with Fire). We finished with Burnt Cream (another Cooking with Fire recipe), a lemon rind– and-cinnamon-scented custard cloaked in sugar and seared crisp with a red-hot iron called a salamander.

I’m thrilled to be returning to Monticello’s famous kitchen next month. The agenda this time is to explore the culinary impact a five-year French sojourn had on both Thomas Jefferson and James Hemings, the man he brought to France to learn to cook. Once again, there will be lots of cooking, using an even greater panoply of splendid ingredients. Last year’s visit schooled me on how deeply enmeshed the Monticello staff is in the local Albemarle food scene, and I’ve heard the gardeners are growing some special heirloom ingredients just for me! It’s oh-so-convenient — and fittingly Jeffersonian — that one of the curators is also a sheep farmer. (That will come in handy.) And I’ll be sorely tempted to include Burnt Cream among the workshop recipes yet again, as I have learned since last year’s festival that Jefferson left among his papers a recipe — written in his own hand — for that irresistible dessert.

The Heritage Harvest Festival and its celebration of America’s food roots gives those of us lucky enough to attend a literal taste of what makes our country’s food culture distinct. Although it is a tremendous honor, you don’t have to be a presenter to experience most of what blew me away last year. Anyone at the festival can tour the garden with an expert, meet an archaeologist and learn about their fantastic work, and chat with extraordinary thinkers and doers of all stripes. Last year I encountered seed revolutionary Glenn Roberts of Anson Mills, fellow Storey author and tomato fiend Craig LeHoullier, fifth-generation Virginia orchardist and cider-maven Tom Burford, and the charming and astute father of Virginia wine-making, Gabriele Rausse. I can’t wait to see what this year has to offer, and once again to feel the groundswell of passion for learning and doing that imbues the festival, in a place with as complex and rich a history as can be found in this country. 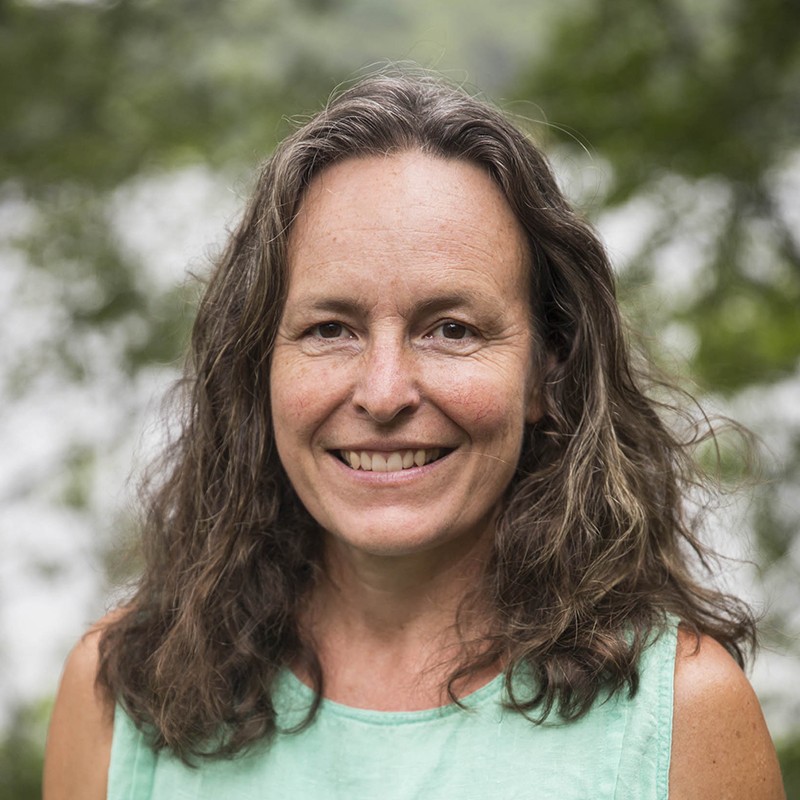 Paula Marcoux is a food historian who lives in Plymouth, Massachusetts; she has worked professionally as an archaeologist, cook, and bread-oven builder. She is the… See Bio