Whether jumping fences or leading the herd, this Hereford lived life at her own pace. A couple years after my husband Lynn and I started ranching, we bought a group of purebred Hereford cows at a reduction sale at the neighboring Pine Creek Ranch, to add to our herd of Hereford, Angus, and crossbred cows.

One young cow named Lady Onward 45, whom we nicknamed Grendel, started calving the afternoon before Christmas. We put her in the pen next to our front yard so we could watch her and make sure everything went okay. By the time she calved, it was dark and very cold.

Lynn carried the calf into the house so we could dry her in the kitchen next to the woodstove, which made her mama very upset. Through the window, I watched the cow pacing the fence. The next thing I knew, Grendel had jumped over the fence into the yard and was peering in the window, preparing to crash through and get her calf.  I yelled at Lynn and we ran outside to head her off before we had a huge unwanted house guest!  We moved her into another pen while we finished drying the calf, and then took it back out to her. The log cabin we moved into didn’t have much fence around the front yard when Grendel jumped over it.

Grendel was gentle but headstrong, and a mother who was greatly determined to care for her calves. One year her calf got scours when he was only two weeks old, and we needed to bring him in from the field to doctor. He was weak, so Lynn and I put him in the back of our Jeep to haul him to the sick barn. I rode in the back, holding onto the calf while Lynn drove, and we figured Grendel would follow behind. Instead she tried to climb in with me and the calf, getting into the Jeep as far as her front feet before Lynn sped up. She trotted after us all the way to the barn.

Grendel’s laid-back disposition amused us. After she’d been lying down chewing her cud, rather than getting up hind-end-first like most cows, she’d often get partway up, using just her front legs, and sit there a few moments on her hind end like a big dog.

Out on summer range she was lazy but smart, and she knew where the best grass was. If we were taking the herd to higher country or moving them to the next pasture, she knew there would be good feed at the end of the trip. Even though she was always fat and out of shape, she didn’t hang back. In spite of her lack of athleticism, she’d be at the front of the herd, trudging methodically up the steep hills. We were amused at her turtle pace as she marched up the trail, leading the rest of the cows a half step at a time. She never stopped to rest and never balked. She just kept slowly moving. She taught us that you could take fat cattle up steep hills on a hot day without wearing them out — if you let them go their own speed!

Grendel was also handy as a babysitter.  One summer a cow named Brown Eyes died suddenly and mysteriously, leaving behind an orphaned calf. The calf wandered off after his mama died and it was only after we’d searched for a few days that we found him in a brushy canyon, stumbling around blindly. He had pinkeye in both eyes and couldn’t see a thing. We needed to get him home to doctor before he ended up stranded in a gully, but he had no mama to follow. We looked around for any possible seeing-eye cow that wasn’t too fleet and flighty to help us get him home. Fortunately, Grendel and her calf were nearby, so we herded them to the blind orphan and let him buddy up with them before slowly bringing the threesome home. Grendel was the perfect pathfinder for the blind calf because she didn’t try to run off. She patiently traversed three miles of rugged terrain with the two calves following her. We went the long way around some of the gullies and thickets of trees, and finally got our little herd to the small corral on our upper pasture. We went to get the Jeep and at last could haul the blind calf home.

Grendel was one of our favorite Hereford cows and stayed in our herd until she was nearly fifteen years old, raising many good calves with names like Hrothgar, Grendolyn, Heathcliff, Hrethel, Halga, Jinglebelles, and Grunden (after that very first calf, whom we named Merry Christmas Muggins). She had a really good bull calf named Grennie that we kept as a bull. She ended up with many children and grandchildren in our herd, and though most her descendants were crossbred, they all harked back to one very independent, smart, steadfast Hereford cow. 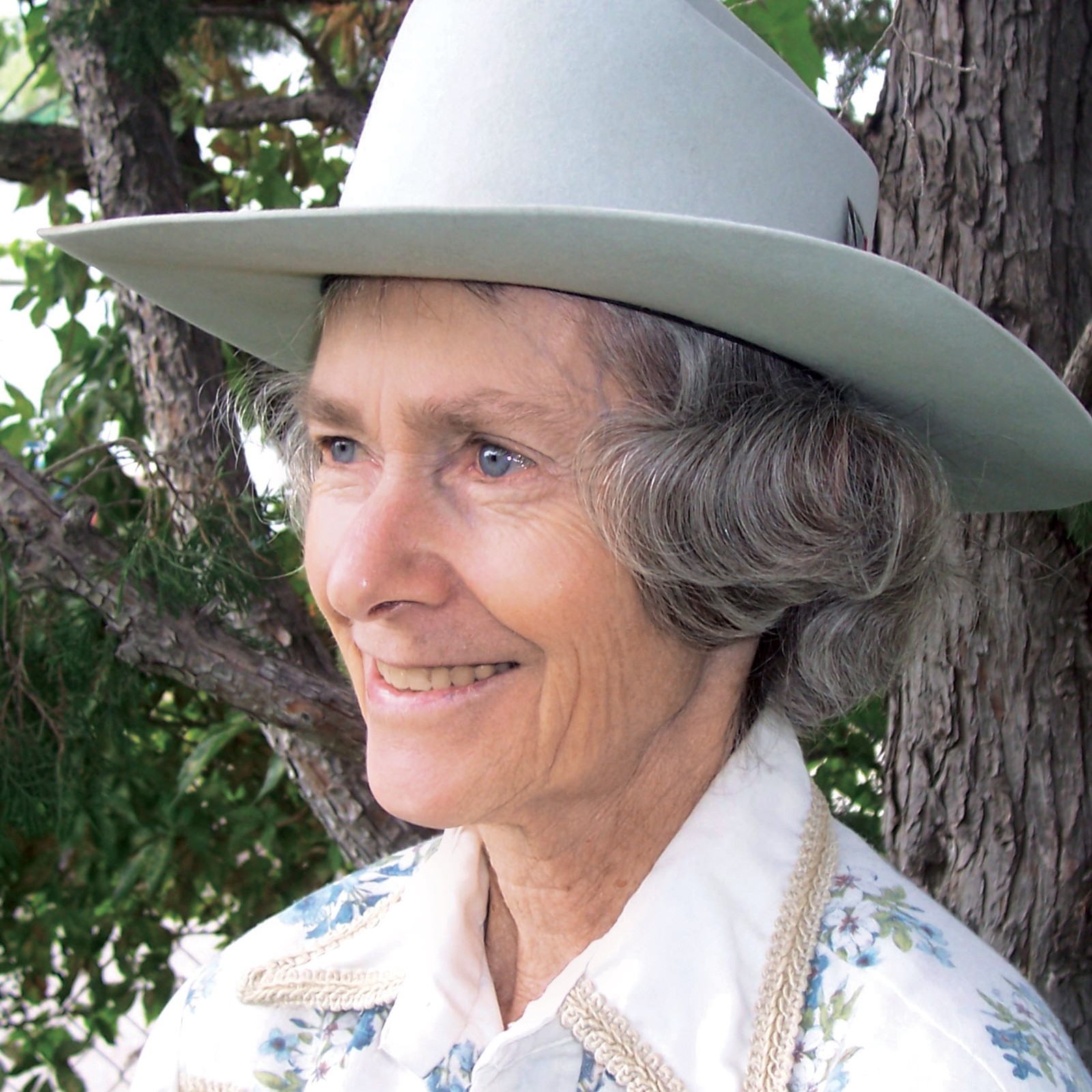