My Journey, On Paper

by Helen Hiebert in Author News

When I was in my twenties with a freshly minted fine arts degree, I never dreamt I’d write a book. Now I’ve written six!

Let me tell you a bit about how I started on this journey: I studied art at The University of the South, a small liberal arts college in Tennessee, and I had the opportunity to spend my junior year in Germany, where I took a course that changed my life. It focused on paper as a material: we made paper in a blender, constructed furniture out of cardboard, and created pop-up cards, among other things.

Around that time, I discovered the book Pop-Up Origamic Architecture by Masahiro Chatani, which was filled with projects that transformed a single sheet of paper through cutting and folding, without removing any part of the sheet. I was also taking a class about type and discovered a font called Block Up, and I spent part of that year figuring out how to recreate it as a pop-up (by hand, this was before I used a computer). After that year abroad, I returned to college in Tennessee and created a body of abstract geometric paper sculptures for my senior thesis. My life with paper had begun. Pre-order a copy of The Art of Papercraft and receive digital instructions and a printable template to make your own pop-up alphabet, a sneak peek at the project designed by author Helen Hiebert.

A trip to Japan a few years after college sparked my interest in making paper by hand, which led in a roundabout way to a six-year stint as the program director at Dieu Donné, a nonprofit papermaking studio in New York City. There, I learned all about handmade paper and was exposed to the work of artists and technicians who were pushing the boundaries of what could be done in, on, and with paper.

Pushing my own boundaries, I experimented with how to grow, harvest and process cellulose-rich plants into sheets of paper. I didn’t have a garden in the city, so I turned my compostable kitchen waste—corn husks, onion skins, etc.—into paper, which I developed into a workshop that I taught through the nonprofit.

Storey was publishing gardening and DIY books at the time, and as I recall they were just branching out into crafts. In 1995, almost a decade out of college, I received a letter in the mail (typed on paper!) from acquisitions editor (now Publisher) Deborah Balmuth. Deborah had a seen a blurb about a class I was teaching at the New York Horticultural Society called “Compost Papermaking,” which she thought would be an interesting how-to book, and encouraged me to submit a proposal. The author showing workshop participants how to cook and beat wheat straw fiber to prepare it for making paper.

While I was more interested in making paper than writing a book (at the time, I considered writing to be more of a chore than a craft), I viewed Deborah’s invitation as an opportunity to establish myself in the field and potentially as an author. So I said yes, not really even understanding what I was getting myself into, and soon discovered that writing about a topic I was passionate about was easier, and more liberating, than I ever could have imagined. This led to my first book, Papermaking with Plants (1998). Before that book was even published Deborah asked if I knew someone who might like to write The Papermaker’s Companion, which would be modeled after a successful craft book series in Storey’s catalog (The Candlemaker’s Companion and The Soapmaker’s Companion). That someone turned out to be me. By this time, I’d gotten really interested in the papermaking techniques (painting with paper pulp, adding inclusions like flower petals, embossing, embedding, and working sculpturally with pulp) which would become the foundation of my next book, which Storey published in 2000.

Meanwhile at Dieu Donné, I continued to explore paper as a material, experimenting with translucent papers, high shrinkage fibers and watermarking (a way of making designs in paper that show up when illuminated). I also began teaching myself how to make lamps and lanterns. The way that light filtered through the shoji screens I’d seen on my first trip to Japan and an early interest in architecture sparked an interest in paper and light. After scouring libraries for books about lamps and lanterns, I started producing a line of handmade paper lighting products, accepted a few commissioned pieces and developed workshops using readymade papers. That work lead to a third book for Storey Paper Illuminated (2001). Now I had three books under my belt, and I was teaching hand papermaking and illuminated paper projects at a variety of venues and had my own papermaking studio in Portland, Oregon, where my husband I had moved to start a family shortly before Papermaking with Garden Plants & Common Weeds was published. I took a break from writing books at this point to focus on our two young children.

While living in Portland and raising kids, in my backyard studio (a.k.a our garage) I began focusing more on my artwork, creating paper lights, artist’s books and large scale community installations. One of these installations, Mother Tree, is a larger-than-life paper dress with crocheted strands of ‘mother’s milk’ that turn into multicolored roots on the floor.

When I visualized this piece, I realized that I was going to have trouble crocheting the roots myself, so I solicited crocheters on my mailing list for, help, and over the course of a couple of months, I received hundreds of crocheted strands from around the world. Word got out about the project and Melanie Mowinski, a professor at Massachussetts College of Liberal Arts contacted me, saying that she’d love to have Mother Tree travel there. MCLA happens to be in North Adams, MA, where Storey is headquartered, and we coordinated a trip. Mother Tree was exhibited in North Adams, I taught a workshop at the college, and I presented The Papermaker’s Studio Guide, a film I’d created featuring the techniques portrayed in my book, The Papermaker’s Companion, to the Storey staff. While visiting Storey, I looked through the shelves of published books and noticed their One Skein Wonders Series (a collection of projects that could be made from a single skein of yarn) and I thought, “Oooh, what about a collection of paper projects called One Sheet Wonders?” Meanwhile, my husband’s work (he’s a writer and editor) brought us to Vail, Colorado, in 2012, where we live now. At around that time, I received a call from Mary Ann Hall, an editor at Quarry Books. Quarry had just published a book called Playing With Books, and asked if I might be interested in writing a similar book called Playing With Paper (2013). I accepted the challenge and included several of my own book, lantern and lamp structures, as well as several projects from guest artists. A year later, I followed that fourth craft book with a fifth, Playing With Pop-Ups (2014), which highlighted projects designed by paper engineers from around the world.

With our kids off to middle school, my husband with an office to go to, I found myself without a creative space, since our small condo in Edwards lacked a carport, never mind a garage. I found an amazing studio, a repurposed classroom in a schoolhouse in the tiny town of Red Cliff (population 265), a 30-minute drive from my home on the flanks of Mount of the Holy Cross, one of Colorado’s majestic “Fourteeners” (14,000-foot peaks). There, in addition to building an international online audience via a weekly blog (“The Sunday Paper”), I started focusing on my artist’s books, limited-edition, high-end books that I sell to special collections and university libraries. One of these, 50 Revolutions (created when I turned 50 in 2015) relates to the Mother Tree installation, representing the fifty revolutions I had taken around the sun and my evolving thoughts on motherhood. The book includes a Mapping Motherhood print featuring fifty rings, like the rings in a tree, each one containing a hand written word about motherhood: survival, mystery, constant, awakening, home… and a miniature Mother Tree sits in the middle of the print with two single strands of crocheted mother’s milk representing this thread that has flowed through mothers since the beginning of time.

Since there happens to be a rustic boutique hotel in the hamlet where my studio is located, I decided to host an annual Red Cliff Paper Retreat each September, inviting a dozen participants into my studio to make paper and explore paper structures, including vessels, books and lamps. I have continued to travel and teach workshops internationally, and I started teaching online classes in 2017, a trailblazing effort a few years before Covid-19 took almost all learning online. Ensconced in my studio, I continue to enjoy designing paper projects, which I featured for a few years in a wall calendar called “The Twelve Months of Paper” from 2017 – 2020. In 2021, I pivoted those monthly projects into an online membership program called The Paper Year. But that one-sheet book idea would not leave my mind, so a couple of years ago, I called Deborah again and pitched my idea to her. She was intrigued and asked me to submit a proposal. I suggested including my own creations from the calendars and membership program, as well as projects from a variety of guest artists who work in the field of paper crafts. And here we are, getting ready to celebrate the publication of The Art of Papercraft! It was a long time coming… this collection of 40 projects that can be created from a single sheet of paper began when I was exploring how to transform paper into pop-ups 35 years ago.

Join Helen for the book launch party on February 15, 2022 at noon MST (90 minutes). We’ll have book giveaways, special guests, and we’ll be making a project together live! Register for the Zoom event here. 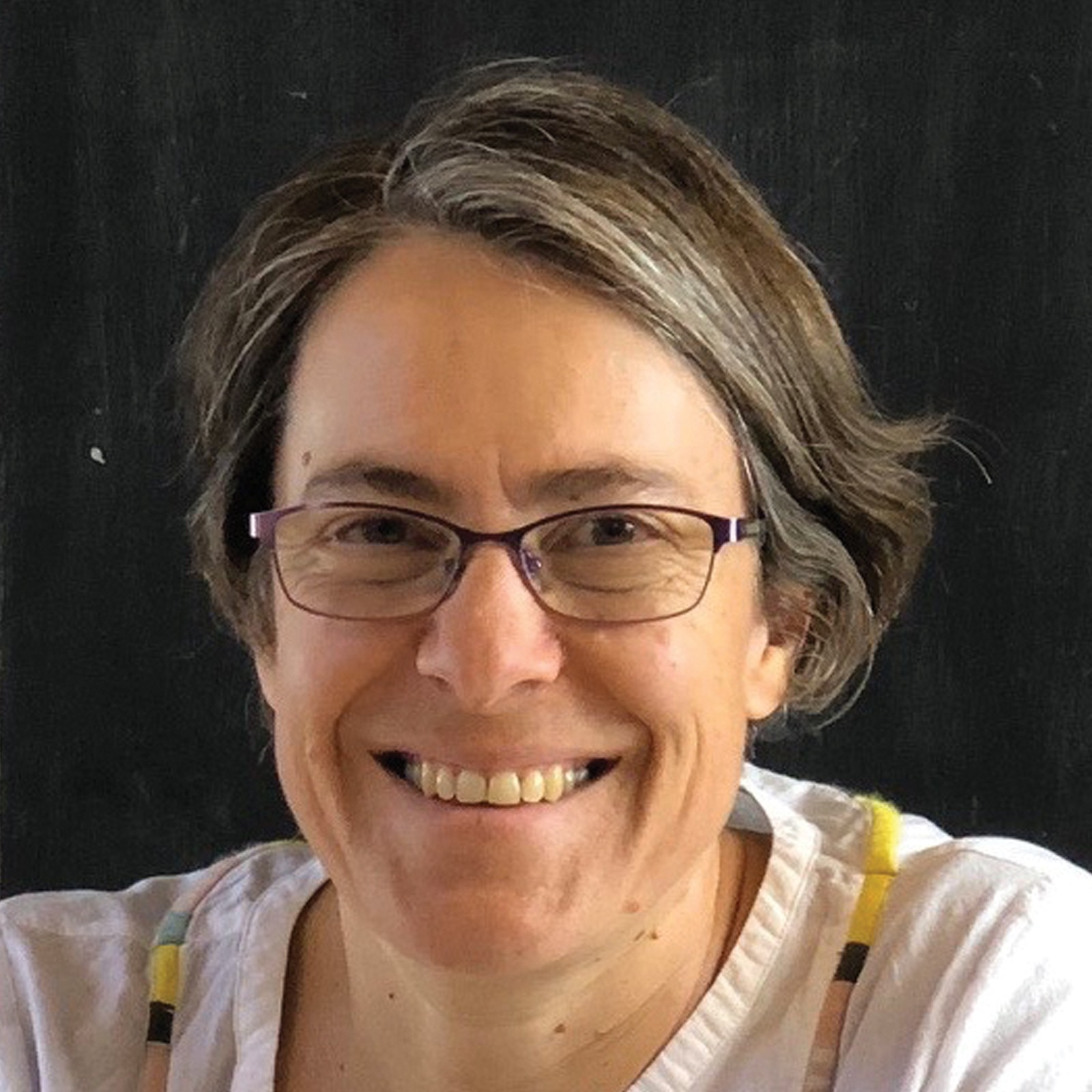 Helen Hiebert is a papermaker, artist, and author of books on papermaking and paper crafts, including The Papermaker’s Companion and Papermaking with Garden Plants and Common… See Bio

The Art of Papercraft by Helen Hiebert
Foreword by Michael G. LaFosse 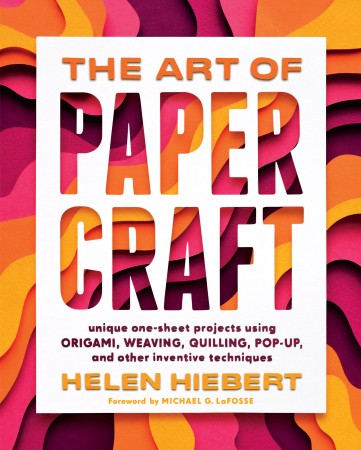 The Art of Papercraft

We don't sell books directly through storey.com. If you'd like to buy The Art of Papercraft, please visit one of the online retailers above or give us a call and we'll take care of you. Support local businesses when you can!