by Kirsten K. Shockey in Food

Restaurants, and not just funky little healthy restaurants but the places with stars in their ratings and rock star chefs, are serving fermented vegetables as chic menu selections. How-to classes and fermentation festivals are popping up in hip urban areas as well as in tiny towns. And then there is Mitchell Davis, the Executive VP of The James Beard Foundation who said, “Fermentation is a big trend, still growing.”Fermented foods — including what I used to affectionately call cheese’s much less sexy cousin, sauerkraut — are being touted as a hot (haute) culinary trend. If you are feeling like something fermented for dinner, you are not alone.

Over the last few years, my husband Christopher and I have watched this simple old-school process become sexy. We would like to offer the top reasons we believe fermented vegetables have transcended trend and are here to stay.

10. This process is old. How can something that is so ancient we don’t really know when it started be called a trend? A renaissance, yes; a trend, not so much.

9. Fermented Vegetables are economical — inexpensive to make and nutrient dense. Way, way back in Chinese history when salt was expensive, fermented vegetables were used to enhance the flavor of bland rice. By adding the salt to the veggies, the precious flavor commodity was stretched and the vegetable preserved without refrigeration.

8. These foods — salt + veggies, just hanging out in an anaerobic environment — taste good. Veggies bring a little lacto-bacillus along, and these guys multiply and begin to break down the macro-nutrients (proteins, carbs, fats) into smaller pieces. This breaking down builds the amino acids and fatty acids that we taste and smell. Suddenly the aroma of the vegetables is more interesting and complex. In a time when we are looking for the next great flavor, fermentation is too powerful a tool to dump out with the Chia Pets.

7. Restaurants and rock star chefs. René Redzepi of Noma sees foraging for wild foods and fermentation as the future in cooking. David Chang has built a fermentation lab to understand how to capture the nuances of bacterial processed flavor. Michael Anthony of Gramercy Tavern set up a pickle station in the kitchen dedicated to making one-of-a-kind fermented specials for the chefs to use.

6. Fermentation as preservation. The DIY homesteading fun has moved beyond just the girls who grew up and wanted to re-create their own version of Laura’s world in her family’s little houses. (I know this girl well.) Twenty-first century homesteaders abound and people are stocking their fridges with clear mason jars filled with fermenting veggies, preserving bits of the harvest. True canning, which requires low-acid veggies (pretty much anything besides a tomato) to spend a lot of time under a lot of heat and pressure, makes pickles limp. Lacto-fermented veggies, on the other hand, stay crisp.

4. “When rotten goes right.” — David Chang. People love the yuck factor. We love the drama we can create with the idea that we are essentially working with decay. After all, we are a culture well steeped in germ theory. Fermentation feels like teenage rebellion.

3. There are some major health benefits. It turns out we are more microbe than human and our gut biota work to digest and absorb our food. I learned recently these little guys in our intestinal lining also “make” some of the vitamins we need to communicate amongst themselves (this is called biofilm quorum sensing signaling) — a side benefit for the hosts (us).

2. Fermented vegetables are not on anybody’s “do not eat” list. Gluten-free, raw, paleo, vegan, the list goes on. Whatever health diet people subscribe to, fermented veggies are included and even touted as an important ingredient.

1. The flavor industry! Yep, these are the people who work in labs recreating flavors to add to processed packaged foods. The big guys don’t play unless they know there is a chance to sell lots and make money. They are looking beyond watermelon or grape; kimchi and sriracha flavors are in demand. There will be a kimchi jellybean. 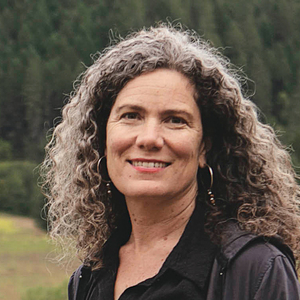 Kirsten K. Shockey is the coauthor of The Big Book of Cidermaking, Miso, Tempeh, Natto & Other Tasty Ferments, Fiery Ferments, and the best-selling Fermented Vegetables with her… See Bio