by Niki Jabbour in Gardening

Immigrants bring with them a world of gardening and food traditions that are well worth learning from and nurturing on our own soil.

When my immigrant in-laws first came to Canada from Lebanon in the 1980s, they did what many newly-arrived immigrants do: They dug a small vegetable garden in their new backyard. They had no idea what they might be able to grow in this unfamiliar climate. Many of the seed packets they found at the local hardware store that spring were for crops they had never grown before. My in-laws bought a bag of dried chickpeas from the grocery store for planting, and a few fellow immigrants rounded out their growing efforts by giving them seeds for cucumber melons and a pot of mint roots, all common items in Lebanese gardens.

That first year, their garden yielded mixed results. The mint happily adapted to its new home (not surprising, given its invasive habit), the chickpeas grew well and produced a modest crop of pods for fresh eating. But the cucumber melons were a bust — not one single fruit. My in-laws figured that cucumber melons weren’t suited to the Canadian climate. They stuck to what worked.

Fast-forward to about a decade ago when my mother-in-law, Noha, popped into our garden for some tomatoes and zucchini. Her attention was immediately drawn to a large A-frame trellis that was covered with several out-of-control snake gourd vines.

For me, snake gourds were an ornamental plant grown for autumn décor, but for Noha, they were a vegetable called “cucuzza,” a crop that her family used to grow in her mountain village outside of Beirut. She had thought they would not grow in Canada, and she was thrilled to see them in my garden. We harvested a big armful of those tender fruits, and I began to wonder what other Lebanese vegetables I could grow for Noha.

Soon I started growing kousa zucchini, purslane, and za’atar. I learned about my in-laws’ failed attempt to grow cucumber melons. Challenge accepted! I ordered some Armenian cucumber melon seed and started them indoors. Eventually I moved the seedlings to the garden. My father-in-law, Kamal, told me that — though his vines had grown large with many flowers — there had been no fruits. I knew then that the problem likely wasn’t climate, but a lack of pollination. When my own plants began to flower, I hand-pollinated them every few days. It took just a few minutes and resulted in a bumper crop of crisp, mild-flavored melons. Success!

Today, the twenty raised beds in our vegetable garden hold a collection of crops from around the world. There are tomatillos from Central America, cabbages from China, magenta spreen from India, squash from Japan, bottle gourds from Africa, and so much more.

Growing unusual crops has become a passion for me. As with most experiments, some things have thrived while others haven’t. But I’m happy to say that my success rate has far outstripped my failures. Plus, growing a global garden has allowed me to flex my cooking skills, tackling recipes with ingredients that are hard to source or expensive to buy.

Make this spring the year you shake up your garden and grow some new vegetables. A great place to start is with a seed catalog, but don’t be shy about talking to immigrant gardeners at your local community garden. They have stories to share and maybe even seeds! We have much to learn from these gardeners who bring their gardening techniques, vegetables, and rich food traditions to their new countries.

In the spirit of trying new things, here are four Lebanese crops that are definitely worth a place in your garden beds.

This staple of the Mediterranean diet is used in salads, hummus, stews, falafel, and countless other recipes, but in summer, many Lebanese also eat chickpeas as a fresh vegetable, like shell peas. In fact, when my family visited Lebanon last July, every market stall was selling large bundles of chickpea plants — roots still attached — for fresh eating.

You may be surprised by the beauty of chickpea plants, which have delicate, lacy foliage. They’re perfect for window boxes, containers, or garden beds, where they will grow one to two feet tall. In mid-summer, the pretty blooms emerge, with small pods following soon after. Each pod contains one or two chickpeas and once the pods have fattened up — usually by late August for me — we pull the entire crop of plants and toss them in a big pile in the middle of our outdoor table. Everyone grabs a drink and we sit and enjoy the summer weather and the fresh green chickpeas.

This aromatic herb is very easy to grow. It needs well-drained soil and plenty of sun, so I grow it in both raised beds and containers on my sunny deck. Clip the sprigs for fresh use or dry them for za’atar spice, a mixture of Syrian oregano, sumac, toasted sesame seeds, and salt. To dry, gather the stems into small bundles and hang them upside down in an airy location out of direct sunlight. Once dry, remove the leaves from the stems and crumble. Store in a jar.

In Lebanon, heat-loving cucumber melons are as popular as true cucumbers. Most gardeners there grow Armenian-type cucumber melons called “Metki,” which you’ll find piled on the table at every meal, usually with fresh tomatoes, olives, and feta cheese. Metki have a mild flavor and pale green, fuzzy skin with deep ridges that run the length of the fruit. Once the plants begin to flower in mid-summer, I give Mother Nature some help by hand-pollinating. Once pollinated, the young fruits will be ready to harvest in about 10 to 14 days. Although Armenian cucumber melons can grow 18 to 24 inches long, I learned from my in-laws that they should be harvested at just 6 to 7 inches in length for the best eating.

Love summer squash? Then you’ll love bottle gourds, an easy-to-grow crop with robust vines that bear large white flowers and bright green fruit. Because I grow them outside their native region and far from their native pollinators, I’ve found the harvest to be meagre if I don’t hand-pollinate. There are many varieties to try, but I’ve had great success with Long Opo, a Calabash-type with cylindrical fruits that are fantastic stuffed and baked, or sliced into curries and stir-fries. 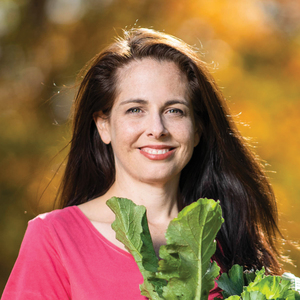 We don't sell books directly through storey.com. If you'd like to buy Niki Jabbour’s Veggie Garden Remix, please visit one of the online retailers above or give us a call and we'll take care of you. Support local businesses when you can!