Gardening with What Rabbits Leave Behind

If you haven’t discovered the transformative powers that rabbit manure can have on even the least plant-friendly ground, you haven’t experienced your best growing season yet.

Years ago I learned that impatiens could brighten my shady lot. My local garden center offered only the little ones, bred to reach a height of a mere six inches. Many of my neighbors planted them in their similarly shady front yards. They perked things up, but lacked impact.

It had been my practice to shred scads of oak and beech leaves and compost them with rabbit manure in a simple four-foot circle of wire fencing. The crumbly mixture went copiously into my front yard ground covers and around the shrubs. Then I made some flower beds and it empowered what was already a pretty good loamy soil. In went the impatiens.

To say those pixie posies enjoyed their environment would be an understatement. They didn’t stay little for long. As I puttered in the yard, dog walkers and other passersby would ask me what those flowers possibly could be. Some were those neighbors whose impatiens I admired. They said they had never seen anything like them. Me neither. Now they sported blossoms on mounds three feet high.

Fast forward to a new place with lots of sunny space for vegetables and a new problem: the garden site held no real topsoil — just extremely heavy clay. You could dig a hole and fill it with water and see your reflection the next day. I dug more holes and found blue and green and yellow clay. I could have started my own clay modeling store. I asked a co-worker, a famous vegetable gardener, what I should do. His answer: “I’ve been telling you guys for years not to plant a vegetable garden in that stuff.” Well, that was a big help. It was all I had — except for what rabbits leave behind.

I can now report that those tons of clay, alternately sticky and bricky depending on when it rained last, vanished from where my vegetables now flourish in raised beds. That’s the result of annual applications of what made mountains out of molehill impatiens.

I till in rabbit manure compost at planting time, and apply the fresh stuff when the veggies are ready for mulch. Now the multi-colored clay is a soft, dark loam. It’s still a little heavy of course, but it holds moisture — one reason for the raised beds.  It’s the best soil conditioner I have ever known and friends tell me it improves their sandy plots as well.

The droppings can go straight from under the rabbit hutch because it’s not a hot manure. It won’t burn plants. It is, nevertheless, four times more potent than horse or cow manure and twice as rich as what chickens can produce, partly because those manures lose nutrients while you wait for them to be useful. As a fertilizer, fresh rabbit manure is about two percent nitrogen, six percent phosphorous, and one percent potassium.

You can even top-dress your lawn. I like to spread cartloads of the convenient small marbles on top of snow with a shovel during the winter, which lets me see that I distribute it evenly. In the spring the yard greens up faster than the neighbors’. It never gets commercial fertilizer.

You can mulch roses, herbaceous perennials, annuals, trees and shrubs. You don’t need to compost it but it will supercharge your bin or pile and create an earthworm population explosion. A caveat, though, for fastidious organic gardeners: rabbits’ nutritious diet consists of grain and forage products grown with commercial fertilizer and of course are subject to pesticide drift.

Perhaps the best thing about it is that you can get it locally, even in your own backyard. Just about anyone can keep rabbits anywhere. In a space no bigger than your kitchen table you can house a buck and two does. Each year they and their offspring will produce at least two cubic yards of manure for your garden, not to mention 100 pounds of meat for that table. If you don’t care to raise rabbits yourself, you might pin a 3×5 card “want ad” on area farm and feed store bulletin boards to see if somebody will let you have some for free or very little if you are willing to take it away. If they do, you can bet they aren’t gardeners.

While rabbits are as quiet as a rose bush breaking bud, the people who raise them rave about the manure, sometimes even louder than they do about the animals themselves. One gardener friend of mine even positions several rabbit hutches right in the middle of his fenced vegetable plot. He gives the offspring away because all he really wants is what they leave behind.

[Note: A few days ago, Bob emailed to say that he had been perusing the seed packets at his local garden center and noticed a lack of impatiens seeds. The garden center owner informed him that impatiens seeds have been unavailable in regions of North America for some time due to a devastating mold. Having saved his own seeds, and planted the impatiens in pots rather than in the ground, Bob’s plants were unaffected last year and he hadn’t heard the news. Alas, he writes, with no seeds saved from last year’s impatiens plants, “no amount of wonderful rabbit manure will be able to grow them this year.”] 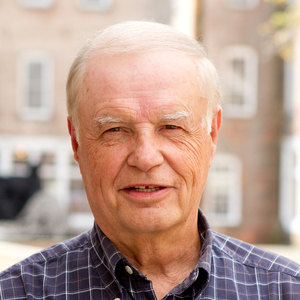