by Barbara Pleasant and Deborah L. Martin in Gardening

There is no easier way to turn a piece of lawn or patch of weeds into a garden bed than to make Comforter Compost, which is so named because it blankets the soil with cushy layers. Simply select the spot where you want to create a new bed, layer on compostable materials, and let them rot. You don’t have to dig out grass or weeds to get started, and with a little planning, you can actually grow plants in your Comforter Compost.

The advantages of Comforter Composing, which is basically an intensified version of an older method called sheet composting, are not limited to creating new beds or improving the soil in established parts of your garden. You can also use Comforter Compost techniques to stabilize sites that turn into rutted washouts after heavy rains, or to create planting pockets atop soil that’s too rocky or root-ridden to dig. Depending on your purpose and the materials you use, Comforter Compost can benefit you and your garden in six important ways:

Labor-saving site. Comforter Composting is a perfect example of the first rule of compost gardening, which is to choose labor-saving sites, because Comforter Compost always occurs in the garden. Once it’s done, the only place the compost goes is into the soil beneath it. Do think strategically by choosing a centrally located bed or row for composting projects. Then alternate 3″ (7.6 cm) deep layers of green garden debris and grass clippings with partially decomposed leaf compost, soil, and whatever other organic materials you have on hand until the comforter is 1′ (0.3 m) deep. With a little advance planning, you may be able to locate new composts within easy “pitching” distance from any point in your garden.

No-work method. Comforter Composting borders on being a no-work method, because there is no turning or mixing of materials until both the compost and the gardening year are done. Your only job is to keep piling things on and add water as needed to keep the materials moist. The composting process takes care of the rest.

Self-weeding. You don’t have to dig out existing grass or weeds before getting started because Comforter Compost will smother existing vegetation by depriving it of light. Some particularly invasive pants, such as Canada thistle or Bermuda grass, will survive, so it is best to dig these types of troublemakers out before setting up your compost site.

Year-round. A true all-season method, Comforter Composting can be done at any time of year. A project set up in spring often can be used as a growing space right away, or you can use summer compost as a “fallow” or resting rotation in an intensively managed garden. As a way of “tucking in” garden soil for the winter, Comforter Composting is beyond compare. To turn lawn into garden, work from the top down with Comforter Compost. After the layers decompose, dig them into the passively improved subsoil. Photo © Donna Chiarelli, excerpted from The Complete Compost Gardening Guide.

Soil builder. The soil-building potential of Comforter Compost runs deep, thanks to work done by night crawlers and other earthworms that make permanent tunnels beneath the heap. Earthworms know a great habitat when they find one, and few set-ups are more earthworm-friendly than the base layers of a Comforter Compost. In addition to proving prime habitat for earthworms and other soil dwellers, this composting method improves soil passively as gums, gels, and other “cementing agents” filter into the soil below. These substances enhance soil structure (the way the particles and clumps stick together), which is often called tilth. There are no rating scales for tilth. Rather, improved soil tilth is something a gardener sees, feels, and smells. You will see the results of this passive soil improvement when you fork finished Comforter Compost into the soil.

Natural beauty. Comforter Compost can be just plain cute. It is fine to let a Comforter Compost go au naturel from a visual point of view, but you can get as creative as you want in order to make the project look pretty. For example, you can bring in color by using cloth or colored fencing as a low enclosure, and it’s fast and easy to top off your compost with cloth or an attractive mulch material, such as pine needles or straw. Comforter Compost will disappear from view entirely when covered with a thin layer of soil or finished compost.

Do keep in mind that thoughtful layering of materials is important, and realize that although Comforter Compost is a fine method, it’s not a miracle. If your goal is to create perfect new space fast, this approach to composting will not give you loose, rich, well-drained soil that reaches 14″ (35.6 cm) or more below the surface in a single season; sooner or later you will have to get behind a digging fork or spade to work it into the soil. However, Comforter Composting will jump-start the process.

Any non-smelly materials that can be composted can be included in Comforter Compost, provided that they are layered in ways that enhance decomposition. Topping high-nitrogen greens with high-carbon browns is the general rhythm. If you want to grow plants in Comforter Compost, it helps to include thin layers of soil, which add density that helps plant roots to stay securely anchored.

The texture of the layered materials is important, because unlike other types of compost, which are worked primarily by microorganisms, the maturation of Comforter Compost results in large part from the work of soil-dwelling animals. Earthworms, ground beetles, and numerous other species of millipedes, centipedes, and other crawly things will make themselves at home in your compost, tunneling and chewing their way through the layers with each passing day. Most of these critters like a little grit in their gullets, as well as shelter from predators. Alternating coarse materials with finer substances, such as a layer of bush bean corpses topped with half-decomposed shredded leaves, enhances the habitat value of a Comforter Compost for these and other squirmy, jumpy, and crawly decomposers. 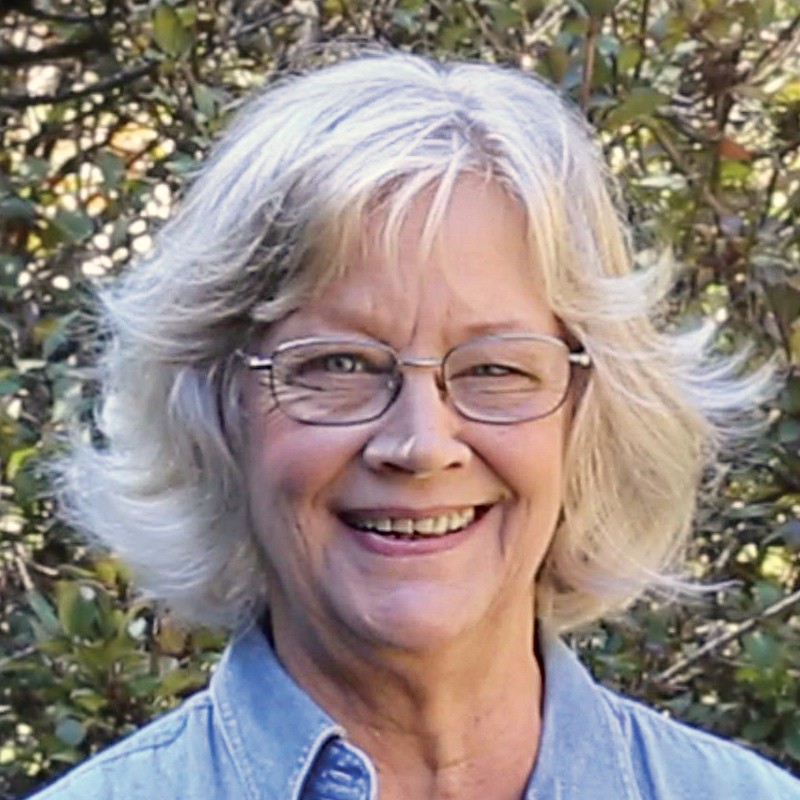 Barbara Pleasant has written about organic gardening and self-sufficient living for more than 30 years. Her books include Starter Vegetable Gardens, The Complete Compost Gardening… See Bio 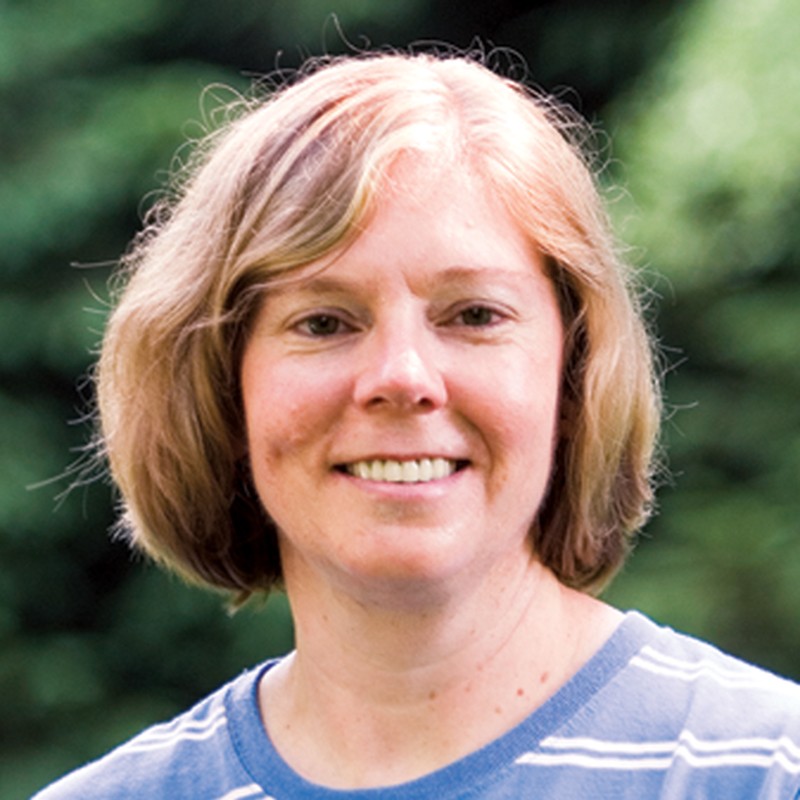 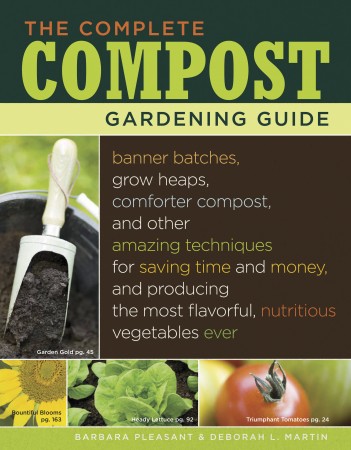 We don't sell books directly through storey.com. If you'd like to buy The Complete Compost Gardening Guide, please visit one of the online retailers above or give us a call and we'll take care of you. Support local businesses when you can!