by The Xerces Society in Nature & Outdoor Living

Get to know a handful of powerhouse plants that can make a world of difference for pollinators in this sneak peek at The Xerces Society’s newest book.

Some books start changing the world before they even leave the editor’s desk, and 100 Plants to Feed the Bees is a prime example.

I’ve already learned that two garden plants I impatiently cut back every year — false indigo and spiderwort — are wonderful for pollinators. I’ve learned to let clumps of my thyme and basil go to flower and not to uproot the perennial geranium that fills my garden beds when I’m not looking.

And that’s just the beginning. The Xerces Society, the nation’s pollination experts, has selected these species and 95 more that can nourish and sustain honey bees, bumble bees, and other native bees — across the continent and all year round. When this book reaches its readers, it will spark little epiphanies for each one, and this is how we all will make the world better for bees, one flower at a time. — Deb Burns, Acquisitions Editor

Native plants should always be prioritized in creating pollinator habitat. While nonnative species can provide complementary benefits … native plants typically offer the best adaptation to their environment, and they have co-evolved with many bees, butterflies, and other wildlife within their respective regions. Ideally, we encourage you to protect, collect, and sow seed from native plants that originate within or near your community. While native plants are ideal, introduced plants are often an irreversible presence in our humanized landscapes. Many of these species can offer copious floral rewards for pollinators. Select introduced plants with caution, however, and carefully avoid invasive or noxious plants to protect native plant communities and the wildlife that depends upon them. Goldenrod photo © Saxon Holt, excerpted from 100 Plants to Save the Bees

GOLDENRODS ARE AMONG the most important late-season pollinator plants. Honey bees frequently collect large amounts of goldenrod nectar prior to winter; other bees use the pollen to provision late-season nests. Many beekeepers in the Northeast depend on goldenrod as their colonies’ primary winter food source and often report honey gains of 50 to 80 pounds per colony. Goldenrod honey is typically dark, thick, somewhat pungent in aroma, and quick to granulate. The average sugar concentration in the nectar of some goldenrod species has been reported at approximately 33%. The number of goldenrod species is vast, and it can be difficult to distinguish among them. While western states and provinces lack the sheer abundance of goldenrods found in the East, a locally adapted goldenrod probably exists anywhere you are. In general, goldenrods thrive in open areas with occasional mowing to remove competition from trees and shrubs.

Some of the easier-to-identify species such as showy goldenrod (Solidago speciosa), Riddell’s goldenrod (S. riddellii), and stiff goldenrod (S. rigida) are easily available from native plant nurseries; all are excellent bee plants. Seaside goldenrod (S. sempervirens), a native of the Atlantic coast, blooms during the fall monarch butterfly migration and provides an important nectar source for the travelers. Lupine photo © Saxon Holt, excerpted from 100 Plants to Save the Bees

WESTERN DESERTS, salty coastal dunes, and cool mountain streambanks all host uniquely adapted lupine species, sometimes in close proximity to one another. Several dozen different species are found in the U.S. and Canada, with the overwhelming majority located in the West, especially California. Lupines include both small annuals and large shrubby perennials. Most produce high-quality pollen, although they’re not esteemed as nectar plants.

In the eastern U.S. and Canada, perennial lupine (Lupinus perennis) is the most widely distributed species, best in deep sandy soils. This species is the host plant for the endangered Karner blue butterfly (Lycaeides melissa samuelis), and the loss of lupine from the landscape has pushed the butterfly close to extinction. Silvery lupine (L. argenteus) is one of the most widely distributed species throughout the Great Basin, Rocky Mountains, and desert Southwest. In California, yellow-flowered annual golden lupine (L. densiflorus) has performed well in Xerces Society pollinator meadows and cover crops at farms across the state, and the perennial summer lupine (L. formosus) has proven an excellent bumble bee plant. In rainy areas of the Pacific Northwest, riverbank lupine (L. rivularis) rapidly, almost aggressively, establishes itself in seeded pollinator meadows, successfully crowding out weeds. It mixes well with Puget Sound gumweed, and despite the common name, doesn’t require riverbanks as habitat. Milkweed photo © Jerry Pavia Photography, Inc., excerpted from 100 Plants to Save the Bees

CRITICALLY IMPORTANT for both the diversity and the abundance of pollinators they support, milkweeds are also among the most diverse and widely distributed native wildflowers in North America. They include nearly leafless cactuslike plants found in the desert Southwest and swamp-adapted species in the Florida Everglades, as well as the common milkweed growing along roadsides from New England to North Dakota. The honey of milkweeds is almost white with a very mild flavor and reported yields of 50 to 100 pounds per colony. The average sugar concentration in the nectar of some species has been reported at 37%.

Attracts many bees, wasps, flies, butterflies such as swallowtails and fritillaries, and even hummingbirds. An interesting characteristic of milkweed flowers are their pollinia, or pollen-bearing sacs. These hook themselves onto the legs and tongues of flower-visiting insects and are usually released only when the insect visits another milkweed flower and inserts the pollinia into a slot, much like placing a key in a lock. Caterpillar host plant for monarch (Danaus plexippus), queen (D. gilippus), and soldier butterflies (D. eresimus) as well as the unexpected cycnia (Cycnia inopinatus), dogbane tiger (C. tenera) milkweed tussock (Euchaetes egle) moths. Mint photo © Jerry Pavia Photography, Inc., excerpted from 100 Plants to Save the Bees

MOST TRUE MINTS are not native but were introduced to North America, although at least one native species is widely distributed, the wild field mint (Mentha arvensis). Nearly all prefer rich, damp soils, such as cool streambanks. A few are less picky and will adapt even to sunny, well-drained locations. Many mints spread by underground rhizomes and can be aggressive under optimal conditions; many of the most aggressive species, however, such as the introduced peppermint (Mentha × piperita), are sterile hybrids unlikely to reseed themselves. Surplus honey production approaching 200 pounds per colony has been documented near commercial mint fields. The honey is amber in color and easily granulates, with very small crystals.

Of the more than 200 species of true mints (including hybrid), the two that we at Xerces are most familiar with are the common garden spearmint (M. spicata) and the native wild field mint (M. arvensis). We wish seed of this latter species were more widely available for habitat restoration projects. Clover photo © Saxon Holt, excerpted from 100 Plants to Save the Bees

CONSIDERED THE MOST IMPORTANT group of honey plants in North America, clovers produce nectar yielding large quantities of light mild honey with enormous commercial appeal. All are important fodder plants, green manures, and cover crops, and clovers also fix nitrogen. For the greatest pollinator benefit, plant a variety of species: all are high-value bee plants. Clovers are mostly intolerant of acidic soils or drought, and dry weather can reduce nectar flow. Practically all are great pollinator plants; best location can vary among species. Many species reportedly produce more than 200 pounds of surplus honey under optimal conditions. Average nectar sugar concentration reported is 22 to 55%, and pollen protein levels are high (>25%), depending on species and location.

Numerous species and varieties of clover are cultivated, and most are prolific in nectar production, but a few are considered weedy. White Dutch clover (Trifolium repens) is a low-growing ground cover that tolerates mowing and is beneficial for lawns and orchards. Crimson clover (T. incarnatum) is a beautiful red-flowered annual often planted as a cover crop. Alsike clover (T. hybridum) is an excellent perennial honey plant that grows vigorously in cool climates and tolerates wetter, more acidic soils than other clover species. Red clover (Trifolium pratense) is a short-lived perennial with deep nectaries that are often difficult for short-tongued bees to reach,but fine for bumble bees.

Text excerpted from 100 Plants to Feed the Bees © 2016 by The Xerces Society. All rights reserved. 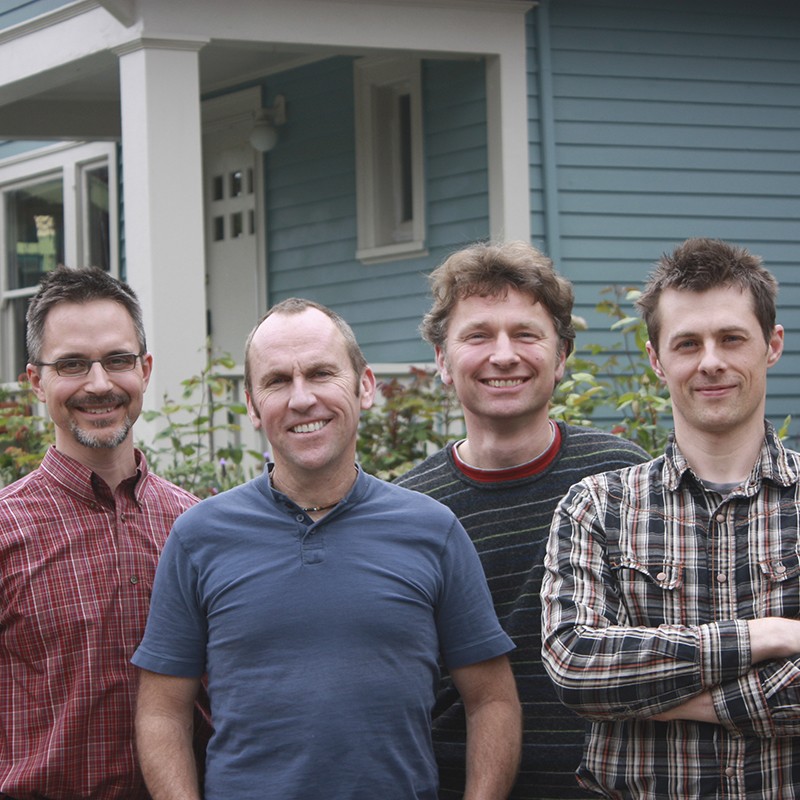 The Xerces Society is a nonprofit organization based in Portland, Oregon, that protects wildlife through the conservation of invertebrates and their habitat. Established in 1971,… See Bio

100 Plants to Feed the Bees by The Xerces Society 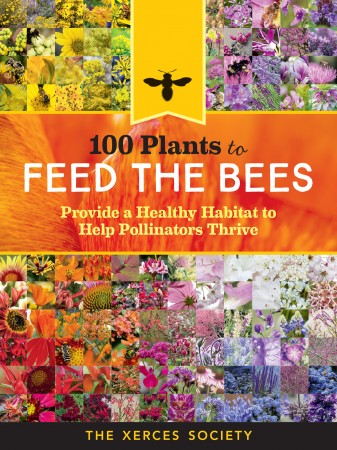 100 Plants to Feed the Bees

by The Xerces Society

We don't sell books directly through storey.com. If you'd like to buy 100 Plants to Feed the Bees, please visit one of the online retailers above or give us a call and we'll take care of you. Support local businesses when you can!