Stressed Seedlings: Making the Best of a Bad Situation

Gardening author Edward C. Smith tackles how to rehabilitate stressed and spindly seedlings to give them the best chance at a productive life in the garden. Today’s post springs from Thursday’s, which was about how to evaluate tomato plants at a nursery or garden center. It turned out that the “bargain” six-pack of seedlings was not really much of a bargain at all. Well, that bargain-not-a-bargain is now sitting in our greenhouse awaiting a move to the garden later this week. I was forced to ignore my own good advice because those plants were the only ones available of a variety (Orange Banana paste) I really want to try this year. So is there some way I can give those already-behind-the-eight-ball tomato plants a reasonable chance of producing a crop?

If there had been a longer time between when I got the plants and when they would migrate to the garden, I would have transplanted them to larger pots. But there really wasn’t enough time for that to make much of a difference, so I just gave them a thorough watering with a liquid fish emulsion fertilizer and thereafter watered them twice a day. They’ve spent more and more time each day out of the greenhouse, becoming inured to the cool temperatures and wind they’ll soon need to confront in the garden. But it’s at transplant time itself that I’ll try to give these spindly and overstressed plants a real boost toward a fulfilling life.

Because they’ve spent most of their lives in a crowd, reaching and reaching for sunlight, these tomato plants are tall and lanky, with only a few leaf stems widely spaced on the main stem. That makes them perfect candidates for a special transplanting technique. Instead of just digging a hole and putting the seedling in somewhat deeper than it was growing in the pot. I’m going to dig a trench about five inches deep and long enough so that I can bury the root ball and almost all of the stem . I’ll lay the plant in the trench and cover it with moist soil, gently turning the top upward and building a little pillow of soil to support it. Then I’ll water it well with liquid fertilizer.

If all goes as it should, the plant’s too-small root system will soon be supplemented by myriad roots growing from the buried stem. And the roots will be growing in relatively warm soil, an environment preferred by tomatoes, which are native to places a lot warmer than a New England garden. It will be a while before there is much foliage growth, but once the roots are well established, I expect the plants will grow and produce a crop even though they’ve had a rough start in life. 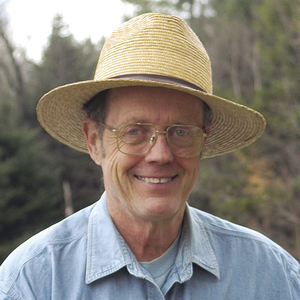