by Spike Carlsen in House & Home

You can’t buy happiness by the square foot, as this excerpt from Cabin Lessons demonstrates.

When people find we’re designing a cabin, the questions progress in a certain order. Spike Carlsen is known for woodworking books like The Backyard Homestead Book of Building Projects and Woodworking FAQ. His new book,  Cabin Lessons, isn’t a woodworking how-to; it’s an honest and heartfelt memoir about constructing a lakeside getaway — and the many lessons inherent in building for (and with) family. “Three acres with manic-depressive shoreline, terrain like Everest, one almost-level spot the size of a basketball court.”

“What kind of cabin will you build?”

“Small” is the only unqualified answer we can muster. If pressed for a style, we think something along the lines of “funky, seaside, carpenter-Gothic with Danish-style Arts and Crafts leanings” — a style you’d be hard pressed to find in any Architecture 101 book.

The average house built in the United States has 2,392 square feet. According to the National Association of Home Builders, that average house contains 13.97 tons of concrete, 13,127 board feet of framing lumber, 15 windows, 3 toilets, and 3,100 square feet of shingles. There’s plenty of space for everything and everybody. If you fight with your spouse, you can go to your corners.

But not so with a cabin with a footprint of 440 square feet; 600 square feet when you throw in the loft. A 16-by-20-foot cabin is 2½ sheets of plywood running end to end and 4 sheets running side by side. It’s a space you can cross the short way in five strides. Doors are at a premium because there’s no place for them to swing. If you feud in a cabin that small, you’ve got no place to go. It’s a marriage counselor made of drywall.

A 16-by-20-foot cabin is small — but not as small as we (or I should say I) had originally planned. The idea was to build something small and fast for starters — something that could later become a guesthouse. We’d build the real cabin later. The early doodles presumed a 12-by-12-foot cabin; a dwelling that could be built in a summer’s worth of weekends. The kitchen was a Coleman stove, wet bar sink, and dorm-size refrigerator. The bathroom was a toilet, with the water heater and pressure tank stacked in one corner. The bathroom sink was the kitchen sink. There was a small loft, accessed by a ladder. There was one door and six windows.

At 144 square feet it was similar to the cabin Thoreau built in 1845 for $28.12. But while he only needed room for himself, a bed, a writing desk, and three chairs named Solitude, Friendship, and Society, our needs weren’t quite as simple.

Kat was fine with the graph paper doodles of the 12-by-12-foot cabin. But when she took measuring tape and masking tape in hand and laid things out on our living room floor at home, her support of “small” got smaller. When she realized she’d nearly be able to load the woodstove from the toilet, the dissent began in earnest.

Freud, move over, because it was Kat’s and my very different childhoods that forged our attitudes toward size. I grew up in a typical middle-class Minneapolis suburban house. I had my own bedroom. We had a single-car garage, a kitchen with a snack bar, and one and a half bathrooms — nothing ostentatious, but absolutely comfortable. Kat grew up in a family of exceedingly modest means in the less than bucolic town of Bemidji, Minnesota. The house she grew up in was one her father bought, then moved to the lot where it still stands and where her mother lived until a few years ago. For the first year water came from a hand pump beside the kitchen sink. Her bedroom was a compact attic shared with two sisters. The whole thing was perched on a bump-your-head-if-you-stand-up basement. Kat had had her fill of small and dark. She had no intentions of going backward, and a cabin this small rang of reverse gear.

I tack together a bread box-size version of the cabin. We cut little windows out of cardboard and tape them here and there. Model cabin in hand, we stomp around the land positioning it in different places and orientations. I use a machete to thin out a few dozen small birches; at a landscaping center in the cities they’d have a price tag of $129 each. Funny how that works. Squinting helps us envision the views we’d have from each window and room. We set up a tall stepladder so we can try to picture the views from the loft. If we rotate the cabin clockwise we get a better view of the lake from the living room, but a worse view from the loft. If we move it away from the lake, the land becomes flatter and easier to build on, but, hmmmm, that means we’re farther from the lake. We tweak the design based on what we see and feel.

This is no small decision. This will be the first dwelling on this land. Ojibwe had lived in the area for over 600 years, but it’s doubtful they would have built one of their birch-bark wigwams on this plot overlooking Gitchi (big) Gummi (water) — too damn steep. French explorers, trappers, and missionaries began roaming the area in the late 1600s, but if any of them had wanted to build a shelter, they would have stomped the quarter mile to the flat, sensible terrain of the old campground. Swedish and Norwegian immigrants began flocking to the area in the 1800s, but they too would have settled on land where their fishing boats and fishing sheds had easier access to the lake. The lumberjacks who arrived in the 1880s surely would have logged the 100-foot-tall white pine from the land, part of the 67 billion board feet of lumber harvested in Minnesota during the boom. And while the steep land would have made it easy to slide logs into Superior for the trip to the mill, the loggers would have rested their seesaw-weary bones in one of the logging camps near Beaver Bay. We were the first people unhinged enough to give it a whirl. 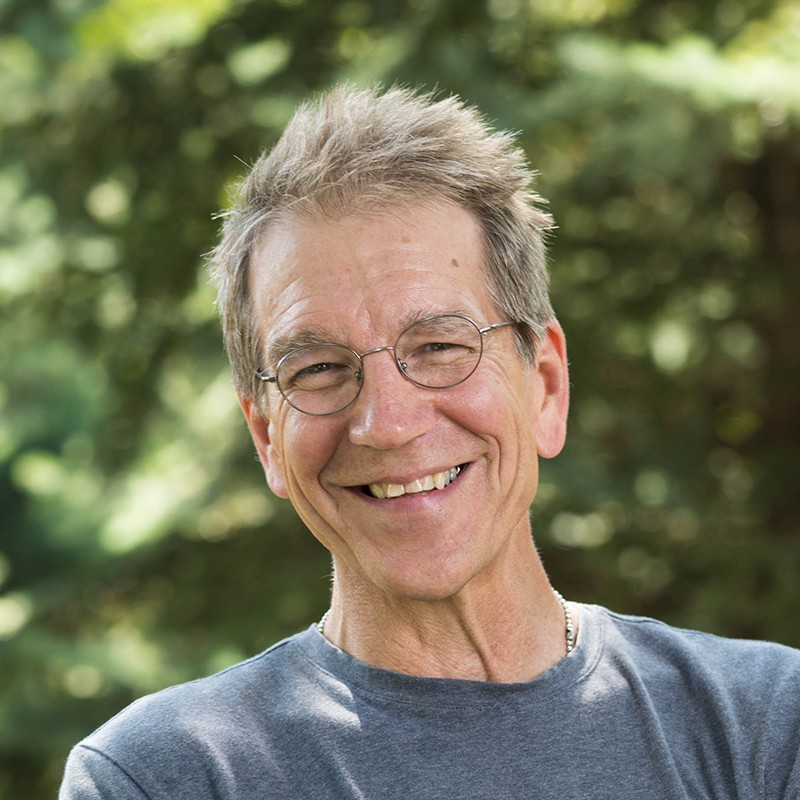 Spike Carlsen built a tree house at the age of 8 and has been swinging a hammer ever since. He worked as a carpenter and… See Bio