by Patrick Dawson in Drink

You can spot a faux pint glass from a true 16-ouncer a mile off. But can you pick a true Beer Geek out of a crowd of lookalikes?

Beer geeks don’t typically fit into an easily recognizable mold, at least not in a physical sense. They come in skinny, rotund, old, and young. Outside of a Toppling Goliath shirt or a BREW OR DIE tattoo, there are not many ways to pick them out of a crowd. Instead, behavioral cues will tip you off to a person’s affinity for fancy suds. Unsurprisingly, the non-Beer Geek populous often mistakenly thinks that anybody who drinks great amounts of craft beer is automatically a Beer Geek. Meet the usual suspects …

Knowledgeable about craft beer, particularly when it comes to high-ABV bruisers. An expert on the expected amount of alcohol in beers with names that include “double,” “imperial,” or “extreme.” Considers an entire bomber a single beer and is the life of the beer tasting. If it ain’t rare, it doesn’t exist. The Ticker’s only desire is to obtain and display the most hyped, rare beer. Once the beer has been drunk, there is no point in ever trying it again (hence the name, as the beer has been “ticked” off a list). Frequently posts beer “haul” photos on social media sites and makes snide remarks on beer trading websites. Has never drunk a Sierra Nevada Pale Ale. Also, often a Glass Snob [a unique fashionista breed of Beer Snob that has completely bought into the Belgian marketing glass scheme and places great importance on coordinating its beer with its perfect outfit, er, glass]. Fell in love with craft beer during the ’90s brewery boom and still refers to all craft beer as either “microbrews” or “imports.” Avoids overly hoppy or funky beers but has a deep appreciation for the Euro classics. Has a best friend who used to own or work at a brewery, usually Charlie Papazian or Larry Bell. Often seen at chain brewpubs drinking mugs of kolsch and wearing a Pete’s Wicked Ale T-shirt. Has a profound love of culinary adjectives. Does not eat vanilla pudding but rather French-made, hand-curdled blancmange made from heirloom miniature Dutch cow milk. Applies same gusto to beers. Asks unsuspecting servers ingredient-sourcing questions such as Did they use whole leaf hibiscus in this saison? Is the coffee in this stout shade-grown? Tell me about the upbringing of these New Zealand hops … Longing for nostalgia (and broke from buying hundred-dollar hand-stenciled neck scarves), the average hipster often opts for retro-labeled canned adjunct lagers (perhaps not knowing they’re just rebranded and brewed by industrial conglomerates). Identified by their combination of a waxed moustache and an affinity for beers or breweries with literary names (preferably nineteenth-century Russian authors). Loves mountain-centric activities (hiking, skiing, biking) and beer. Opts for breweries that have at least one collaboration beer with a musician whose apparel portfolio includes tie-dye (preferably a bluegrass or jam band musician). Prefers low-ABV, balanced beers that lend themselves to activity-based imbibing. 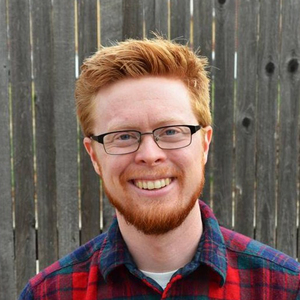