Changing the American Food System, One Experience at a Time

The author of two groundbreaking books on butchering writes about the extraordinary things that happen when professionals share their knowledge and experience with talented colleagues.

Chefs Collaborative is a non-profit organization that believes in changing the American food system for the better by influencing and improving the way restaurants source their ingredients. Every year, chefs and food professionals from around the country come together in a location steeped in agricultural history, undiscovered potential, and forward-thinking mavericks for a summit celebrating farming and food service. In the interest of full disclosure, I’m a board member of the Collaborative, and as we descended on Boulder, Colorado, for this year’s summit, I was also a first-time presenter.

I organized a farm slaughter field trip and sheep butchering demonstration, and my audience of fourteen chefs and food professionals arrived at Boulder Lamb, a local sheep farming operation just outside the city, for the slaughter of two cull ewes. (I’m a big proponent for consuming older animals, but that’s for another blog post!). This was a hands-on workshop and I expected eager participation — after all, my audience was made up of folks embedded in the food world, many of whom slave long hours with knives in ungodly conditions to create phenomenal food.

The presentation went swimmingly, but not as I expected: only a handful of attendees stepped up to the plate. I was surprised. Having hosted dozens of slaughter workshops before Boulder, I can confidently say that participating in such an event is one of the most transformative food experiences any carnivore can have.

Slaughter is at its best incarnation on a farm, especially when it occurs on the farm where the animal was raised, where it is handled by someone with a familiar face and in a manner in which there is minimal stress, no pain, and above all, a great deal of reverence. Reverence for animals is why I pursued this trade to begin with. Slaughter carries with it deep stigmas: “barbaric,” “horrific,” and “disturbing” are just some of the descriptors often attached to the act. And, while instances that fit those terms certainly exist, as with any craft, there are those who do it well and right, and those who do not. I aim to be the former. Everything I do during a slaughter takes into account the well-being of the animal. When coordinating efforts with farmers, I often encounter surprise at the considerations I take in trying to predict what the animal will need. But the importance of these preliminary steps cannot be underestimated — they console you when things don’t go as planned and serve as your assurance that you did everything you could do avoid incident.

#Butcher & author @adam_danforth in action on today’s #Colorado Cut field trip as we kick off #chefsummit14.   A photo posted by Chefs Collaborative (@chefscollab) on Sep 28, 2014 at 9:48am PDT

In spite of those preliminary steps, every workshop is a new experience for those who attend, and for me. Most who come to my workshops have never seen a slaughter, touched a carcass, or witnessed the serene seconds when life exits and sustenance begins. This fact inspires me. I am charged with the responsibility of providing an intimate and inviting experience, one where participants can feel safe and retain the vulnerability needed to relate to the experience in whatever way feels appropriate to them. Death stokes deep emotions, as it should, even when it comes in exchange for our own life. Those emotions, when we give them room to be authentic, allow us to forge a deeper connection to the animals that feed us.

In the conference days following my presentation in Boulder, I gathered feedback that brought some insight into why most at the farm that day chose to watch, rather than participate. And I learned that, embedded as they are in the food world, the attendees had been so primed for the transformative impact of a farm slaughter that the idea of participating made the experience more focused than they wanted it to be. They wanted to take it all in, every detail and the whole scene.

In the end, what all of us took away from our field trip was a better understanding of what slaughter can be in its ideal form, a deep appreciation for the sacrifices made for our sustenance, and the work done to produce it. Food professionals have the ability and influence to magnify a single lesson exponentially through their network of clients, guests, and colleagues. The potential impact on our food system of one properly performed farm slaughter, and of the Chefs Collaborative as an organization, is great. 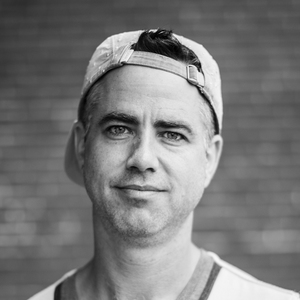 Adam Danforth is the author of Butchering Chickens, Butchering Beef, and Butchering Poultry, Rabbit, Lamb, Goat, and Pork, which won both an IACP Award and a… See Bio