A Guide to Garlic Varieties

by Ron Kujawski in Gardening

With garlic planting season upon us, you’re no doubt prepping your beds and scanning the many varieties of seed garlic at your local festival. With so many options available, how do you know which ones are best suited to survive the winter, or last longest in storage, or deliver the most heat to your favorite dishes? We asked Ron Kujawski, co-author of Week-by-Week Vegetable Gardener’s Handbook and expert garlic grower, to give us a personal tour through some of the varieties he grows, complete with recommended favorites.

All of the varieties I name here are hardneck — that is, they produce a tall, stiff flower stalk that rises from the center of the bulb. These are more suited to northern climates than softneck types, the kind usually found in supermarkets and grown in mild climates.

Bogatyr
A mid- to late-season variety with a white outer skin and deep purple-striped inner wrappers, this garlic has a long storage life. Bulbs generally contain 4 to 6 cloves each and individual cloves are pointy with brown, purple-streaked wrappers. The flavor of Bogatyr is long-lasting and hot.

Brown Tempest
This is a favorite and reliable variety. It produces large bulbs with brownish outer wrappers and an average of 6 large cloves each. The flavor is hot when eaten raw, but gradually mellows.

Calabrian Red
This variety has medium to large bulbs with 4 to 6 uniform cloves in each.

Chesnok Red
This cold-hardy variety comes from the Republic of Georgia (not the state) and has a colorful skin with dark purple stripes. It matures later than most varieties, yielding small- to medium-sized bulbs with 9 to 10 cloves each. Chesnok Red is a good choice for roasting, as it retains its garlicky flavor well.

French Pink
Sweeter and milder in flavor than white varieties when cooked and hot when eaten raw, this variety is famous for its cloves’ pink blush. Plants produce 12 to 16 cloves per bulb and store very well.

Georgian Fire
Considered to be one of the more disease resistant varieties, this garlic gets its name from the Republic of Georgia and it belongs to a group known as porcelain garlic because of a satiny white outer wrapping around the bulbs. Inner wrappers may be brownish, purple, or a combination. Individual bulbs are large, with 5 to 8 large cloves each, and it’s often described as one of the best-tasting varieties, with a white-hot flavor.

German Red
This variety features red stripes on its white outer skin and produces large bulbs with approximately 8 cloves each. Rich and spicy in flavor, it’s a great choice for dehydrating or freezing, since it doesn’t store as well as other varieties.

German White
A popular type, German White, with its large white bulbs, used to be the most commonly seen variety at garlic festivals and farm stands. Despite its reputation as hardy and somewhat disease resistant, I’ve struggled to keep it going year after year, with many of the planted cloves failing to survive the winter or rotting.

Krasnador Red
An heirloom variety from the Black Sea region of Russia, this garlic’s bulbs and cloves are large and the flavor is a bit less spicy than other varieties.

Marino
The plants of this variety have broader leaves than others but are not very tall. They produce a medium-sized bulb of light purple to reddish brown shades, with 6 to 8 uniform cloves each. It has mellow flavor and is a great candidate for roasting.

Metechi
Though slightly different genetically, Metechi is indistinguishable from Bogatyr in physical characteristics and flavor.

Music
A very hardy variety that stores well, Music would be my choice if weI had to recommend a single variety to grow. Plants are large and produce large, mostly white bulbs with 4 to 6 easy-to-peel cloves per bulb at maturity. Flavor is long-lasting and hot.

Pennsylvania Dutch
A spicy hot variety, this garlic produces medium to large bulbs with 4 or 5 cloves per bulb.

Pitarelli
Resistant to bottom rot, this variety produces a medium to large bulb with few cloves (approximately 4 to 7 per bulb).

Red Rezen
A medium sized garlic with 5 to 9 cloves per bulb, this variety is distinguished by its deep red stripes. It is good in pesto because of its rich garlic flavor, which holds up well without being very hot.

Riesig
Similar to German Red in color, this variety has been a consistent performer for us, producing medium-sized bulbs with large, easy-to-peel cloves (4 to 6 per bulb).

Russian Red
This is a reliable, early variety with outer wrappers of a brownish purple color. Its large bulbs hold 4 to 6 cloves each, some of which may be double (two cloves within a single wrapper skin).

Spanish Roja
A reliable variety that produces large plants and bulbs of 5 to 8 large cloves each. The flavor is hot, and great for adding spice to dishes, especially when used raw.

Stull
This garlic is slightly milder in flavor than the heat typical of most hardneck varieties, but strong enough to distinguish from mild, softneck varieties.

Unadilla, Unadilla Coil, Unadilla Double Coil
These may all be the same variety, as they have features similar to each other and to Music. The bulbs are large with white wrappers and vague purple stripes. 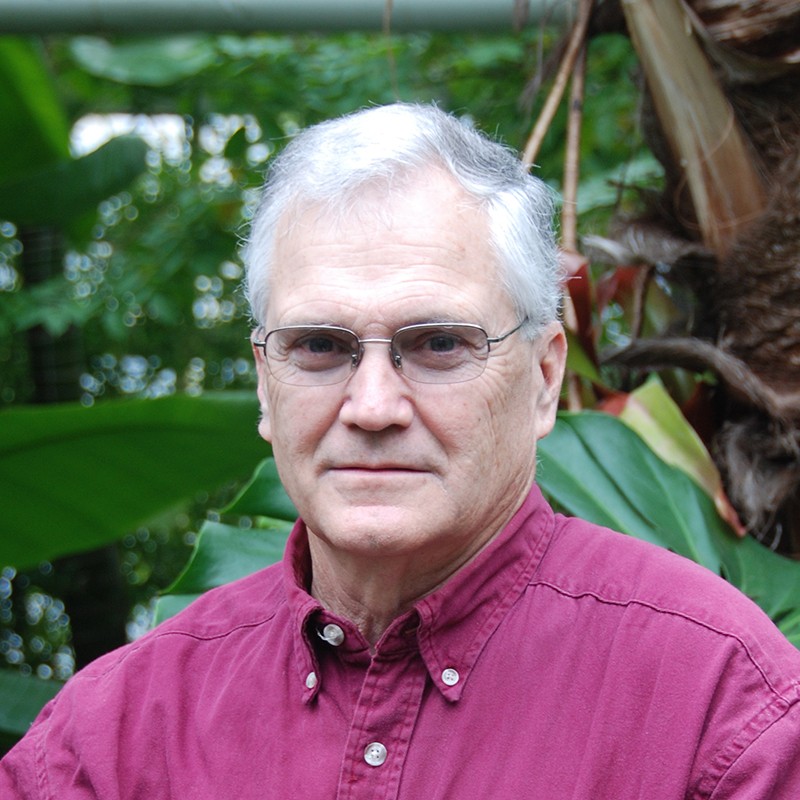 Ron Kujawski’s indoctrination into vegetable growing began at an early age, when he worked on a family onion farm in upstate New York. That experience… See Bio 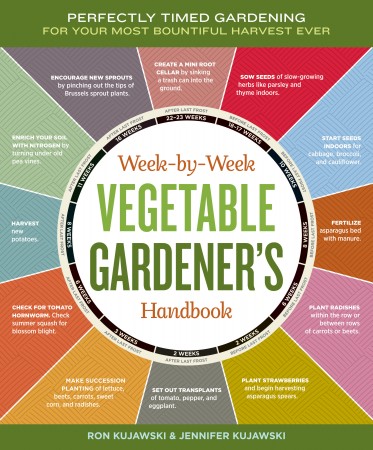 by Jennifer Kujawski and Ron Kujawski

We don't sell books directly through storey.com. If you'd like to buy Week-by-Week Vegetable Gardener’s Handbook, please visit one of the online retailers above or give us a call and we'll take care of you. Support local businesses when you can!