A Conversation with Edie Eckman and Judith Durant, Part 2 (Missed Part 1 of our conversation with Edie and Judith? Read it here.)

Emily Spiegelman: I’m just curious about how you keep your stash organized.

Edie Eckman: So, as you ask this question, you can’t see my blood pressure shooting up and up and up because as you know, I moved to a new house just two days ago, and I have left all my yarn at the other house.

EE: Well, I need to get rid of some of it, but I needed to move the furniture out of the house to be able to spread the yarn out. I had two friends from my fiber arts guild over yesterday helping me sort it. I had originally organized it by color so, big Rubbermaid® bins of, you know, white, or red, or pinks, or whatever. That was my original filing system and then probably ten years ago that fell by the wayside and then it ended up being not really organized, just — as I finished a project it went into a box — and now I’m facing up to that. That’s a long way of saying I don’t even know how I’m going to sort it. I’m going to get rid of a whole lot of it and have a huge yard sale in a couple weeks…

JD: I wish you didn’t live so far away.

JD: No, it’s okay. I’ve got plenty. I just had a floor put in my attic so I have someplace to put my stuff.

EE: I think that going forward I’m going to put it by fiber and weight together, so if I end up with six skeins of Brown Sheep Nature Spun in different colors, they’ll all be there in the same bin and I can actually see them and perhaps use them together, or have options for using different yarns of the same weight that would actually go together in a project.

EE: Well, maybe the tidbits of yarn without yarn bands will go in their own bin…At the same time, yesterday, when I had these two friends over, one of them held up a ball and said, “Ooh, this is pretty, but there’s no label,” and I said, “Well, that’s a silk and cotton blend. It’s a DK.” I couldn’t name the yarn, but I remembered it. I have a terrible memory for names and faces, but apparently I have an idiot savant memory for yarn.

GS: Somebody told me she organizes hers by color value, which I thought was really interesting.

JD: That would be challenging for me. I have a giant bin of sock yarn, I have a giant bin of sport weight yarn, and I have a bin that, inside of it, has big project-worthy yarns, five skeins or more — sweater amounts, like that. And then there is one giant basket that I keep out that has the little bits left over, all different weights, all different fibers, just little bits. Mostly I don’t use them for anything except to pick up and try out a little thing or test out a pattern. And I look at them. The colors are amazing. Somehow stuff leftover from different projects — all these weights, fibers, colors in one basket — looks really cool.

GS: You actually just touched on something that I was wondering about. When I hear people talk about their stash, I often think they’re talking about project quantities, that they have, oh, they have a bag with six skeins of this and another bag with eight of that. I have practically nothing like that.

EE: I have very few sweater quantities of things. I have three and four balls, sometimes, but mostly it’s one-off.

EE: And Judith, I’m curious—when you say “a bin,” is that really all the yarn you have? A bin?

EE: I’m curious. Into the dozens?

JD: Um, no. Actually I’ve tamed myself quite a bit. I would say I have ten or twelve bins up there, plus the little project bag here and there. No more than that. I was really bad, and I just bought everything in sight. When we moved back to Massachusetts, I was appalled at how much yarn I had — way more than three of my closest friends and I could knit in a lifetime. So I de-stashed, and I’ve been much more prudent since then. It’s not out of control. But I just realized that I bought a bunch of Euroflax linen in a color that I like, and I thought, “This will make a nice summer, hides-all kind of sweater that you can wear in the heat. I’ll make it an open weave,” and all of that, and I went to put it up in the stash…right next to the exact same color of a bunch of silk yarn that I bought a couple of years ago for the very same purpose. So, we’ll see which one gets knit first.

EE: I would kind of like to talk about fiber festivals. I was just recently at Stitches Midwest where I was just amazed and thrilled at the number of independent — I don’t even like to use that word — small dyers or entrepreneurs who are producing some really beautiful yarn and beautiful colors. The hand-dyeing industry has really taken off and there’s some really interesting art being done in dyeing. I find as I walk through, I’m drawn to certain artists and their colorways but I can’t really tell you why. Some colorways don’t appeal to me, and others just draw me in. It’s interesting to me, the emotional reaction I have to a booth of yarn based on the colors.

GS: Yeah, it’s true — especially the smaller ones. Their personality, their aesthetic is coming through somehow.

JD: I look forward to Rhinebeck this year for that very reason, and I have to say that I’m surprised that I can still get so excited about a booth full of yarn. I mean, face it: how much yarn have we seen in our lifetime? So it really is an accomplishment when someone can dye yarn and get someone like Edie Eckman or me excited to come in and want to be with it, because we’ve seen a lot.

GS: What techniques have you admired about the smaller companies that draw you in?

JD: Well, I don’t go for the multicolored yarns because I’m such a control freak. If I want a color in a particular place, I want to put it there. I don’t want it just to appear. The monochromatics are really what appeal to me, and for me now it’s more the fiber that they’re being used with. I’m really getting into different fibers lately — linen and silk.

EE: As somebody who loves color but struggles to understand it — and I’ve taken plenty of classes — I like borrowing colorways from fiber artists. In other words, if there’s a beautiful, variegated yarn that has beautiful colors in it, that helps me pick the monochromatics that I would want to use, particularly if a dyer has those monochromatics that are layered — different intensities of the same color within the same yarn, but not splotchy — just intentional, quality dyeing. And I’ve also seen a huge range of skill within independent dyers, and some are very, very well done.

JD: Now, Edie, can you look at a skein of undyed monochromatic yarn and tell whether or not it’s going to pool, or get splotchy?

EE: I guess if you can open it out and see how it was dyed, you can tell a little bit; but, of course, the pooling is going to depend on the width of the piece.

JD: I find that’s the biggest challenge with those kinds of yarns because you knit it up and it’s not at all what you had in mind.

GS: Do both knitting and crochet have the same challenges with the multicolored?

GS: So, what festivals are you going to? Judith, you’re going to be in New York in October?

JD: Yes, I am. I’m teaching a couple of classes and I’ll probably do some book signing as well. That’s the only thing I have scheduled, festival-wise.

GS: Have either of you ever been to the one in New Mexico? Is that Taos?

JD: Yes, a couple of times, but it’s been a very long time now since I’ve been there. It’s all small, independent manufacturers. It was a very exciting place to be.

GS: I’d love to go there sometime. And Edie?

EE: I will be teaching at Stitches East in Hartford. And then I’ll be at Rhinebeck signing books.

JD: I think Stitches East was the first show that I had ever gone to and I could not believe my eyes. This woman from Queens was there and she had this giant shopping wagon she was pulling behind her with huge, huge amounts of yarn, and I said, “What are you doing?!” And she would come to Stitches and buy all of the stuff on sale and take it home and sit in her apartment with her knitting machine and knit sweaters and blankets and stuff that she sold, and then she would come back next year and re-do her stash.

GS: So it was really a business.

JD: It was a business for her. It was quite astonishing. What can one person do with all that yarn? I don’t think she had much of a social life.

EE: That can be said for many of us. 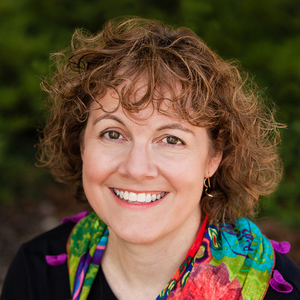 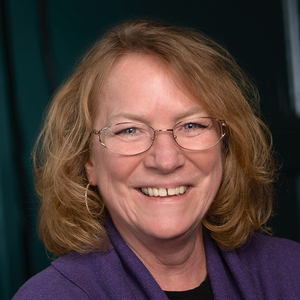