A Conversation with Edie Eckman and Judith Durant, Part I

Two craft authors and collaborators sit down for a chat about the challenge of designing projects for a single skein of yarn, the differences between crochet and knitting, and more. Edie Eckman and Judith Durant are familiar names in the world of knitting and crochet. Authors of books such as Beyond the Square Crochet Motifs and Knit One, Bead Two respectively, they are also the editors behind the still-growing One-Skein Wonders series. We thought it would be fun to bring Edie and Judith together in conversation and, though we couldn’t quite get them in the same room at the same time, Storey editor Gwen Steege and I did manage to find a window one morning at the end of summer to get them on the same phone line. What followed was spirited chat about their own personal design processes, the challenges of book editing, the differences between crochet and knitting, and all-important questions like what they make for fun. Here’s part one of our two-part conversation. Enjoy! —Emily Spiegelman, Digital Features Editor

Edie Eckman: Wouldn’t this have been more fun to do at 6 o’clock over drinks?

Judith Durant: I’m wondering if it’s too early to pour a glass of wine.

EE: I have an open bottle in my kitchen…

Gwen Steege: I thought it would be fun to hear you talk about your own design process. How do you stop yourself, in the heat of creating something, to make sure you write everything down?

EE: Over many years I have learned that I have to have a piece of paper and a pencil — that’s old-fashioned but it’s the thing that works for me when I’m sitting on my couch — and I will write the design down and transcribe it pretty quickly — say, within 24 hours—onto digital media in case I lose the paper. That’s just a discipline and experience thing.

GS: Do you chart things or use words when you keep your notes?

EE: I use my own shorthand. If I’m crocheting, a lot of times I will draw symbol charts, but I’ll write words, too. I just use a mix, and that’s why I need to transcribe it pretty quickly to more standard language.

GS: That transcribing pretty quickly rings a bell for me, because even if you take a lot of notes and then you don’t look at them for a few weeks, they don’t make much sense anymore.

JD: One problem for us as editors, whether it’s knitting or it’s just reading text is because we know what a pattern is supposed to say, we can read right through mistakes, and that is a problem.

GS: I mean, we don’t want to have mistakes in our books, but they come, don’t they?

JD: You know, it’s my goal in life someday to work on a knitting book that has not one error in it. I don’t believe it has happened yet. I try to respond immediately when someone thinks there might be a problem with a pattern. I’ll go and knit it through if I have to, if I can’t figure it out immediately. People are never happy to find the errors, but at least we’re there and ready, willing, and able to fix it.

EE: We try really, really hard. We spend many hundreds of hours looking at things and we are very sorry when something like that gets in.

JD: Well, we strive not to have mistakes, but another thing that I struggle with is how much detail to go into with the instructions. I think, for a while there, I was of the mind of, “This is not a how-to-knit book, you know; this is patterns.” But I have totally changed my mind, and I think that we should help as much as we possibly can as we go through and explain everything, you know? We should not take anything for granted in presenting instructions.

EE: And at the same time, there’s a balance. If you give so much detail that people just look at the pattern and go, “Ugh, there are too many words there,” they’re not going to do it. I think that the way pattern writing has changed over the years, with the advent of tutorials online, people want the ability to have more explanation, and so there’s some sort of fine line there that you have to walk every single time you’re editing a pattern and deciding how much information to give.

GS: It’s streamlining the language but still having the detail of what the techniques are. Edie, you’re the perfect one to talk about this — but the difference between crochet and knitting instructions just boggles my mind. Crochet just seems so esoteric compared to knitting in terms of the amount of information that you have to give. Do you think it’s harder?

EE: Well, in knitting, you’ve got a finite number of stitches on your needle, and you have to do something with every single one of them in sequence or you have a mess—unless you’re doing something like a cable, and that does require more words. Think about it—any time you switch the order, it requires additional explanation. Whereas, in crochet, you can put that next stitch anywhere. Crochet has lots more options, and when you start adding permutations it requires more words for clarity.

GS: Do you think that people will go more for diagrams and charts? It seems like they’re easier to follow than words.

JD: I’ve met some knitters who cannot or just do not want to read charts. They don’t work for everyone. I think it’s a much more straightforward way and it works much better for me. I can find my space on that little stitch in a chart way faster than I can in 36 rows of line-by-line instruction.

EE: Yeah. For some time in my life I sort of dismissed the idea of people not being able to read charts as, they hadn’t tried or they hadn’t learned, but then I realized some people’s brains just aren’t wired that way. And I really have realized this by working with art people. I know sometimes when I’m working with the art department at Storey, I’ll write, “This line needs to go here,” and to me it’s very clear, but they say, “You need to draw it for me.” The artists really need to see the chart version, and the editors need to see the word version, I guess.

GS: The current project that you’re working on together is the latest One-Skein book, and we’re about to leap into another. It might be fun to talk about filling out the whole book so that it covers lots of interesting projects.

JD: Each one of these books has been different. One-Skein Wonders® for Babies is number seven in the series, and it was a little bit of a challenge, trying to figure out how we would fill in some of the design gaps. We got lots and lots of hats and sweaters, but we also wanted items for parents and moms, and we didn’t really get many. Fortunately for us, we have a great pool of designers that have contributed to previous books, and we were able to go to specific designers and ask them for kind of specific things. And because I think these books have been so well received, people are willing to jump in and do that.

EE: Even though you asked for items for moms and auxiliary items in the call, it’s hard. There aren’t a lot of books that include both.

GS: It might have been naïve of us to think that you could make something like a nursing shawl big enough with one skein.

GS: What do you two like to do in the fiber world just for fun and relaxation, when you’re not working on something for a magazine or a book?

EE: I should do more leisure knitting, but it seems like every time I’m knitting or crocheting it turns into work. Not in a bad way, just, like, I think, “Oooh, I could do this!” But I have taken up weaving and I wish I could be doing a little more of that. I have a Cricket loom, and it’s a lot of fun and it uses up yarn.”

GS: Yeah, the weaving is a great way to use up yarn isn’t it? I think it’s easier to use it up with weaving than it is in knitting or crochet somehow.

JD: I would agree with that. I was weaving for a while, but I need to be more mobile and I found it difficult to be strapped to the loom and not be able to go sit outside with it, or sit in the car with it. Knitting has always been my fallback because I can do it anywhere. 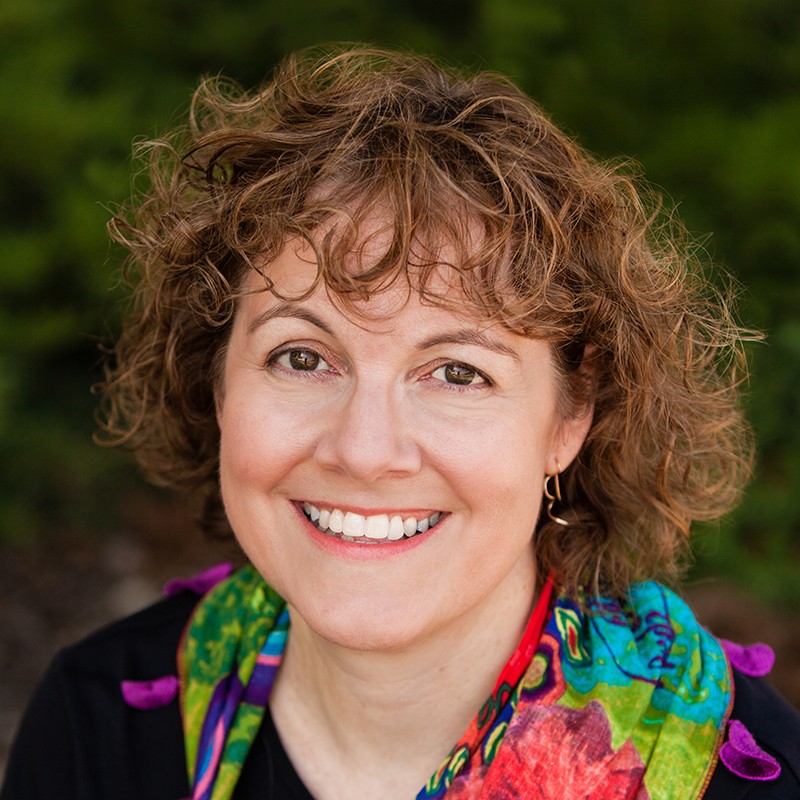 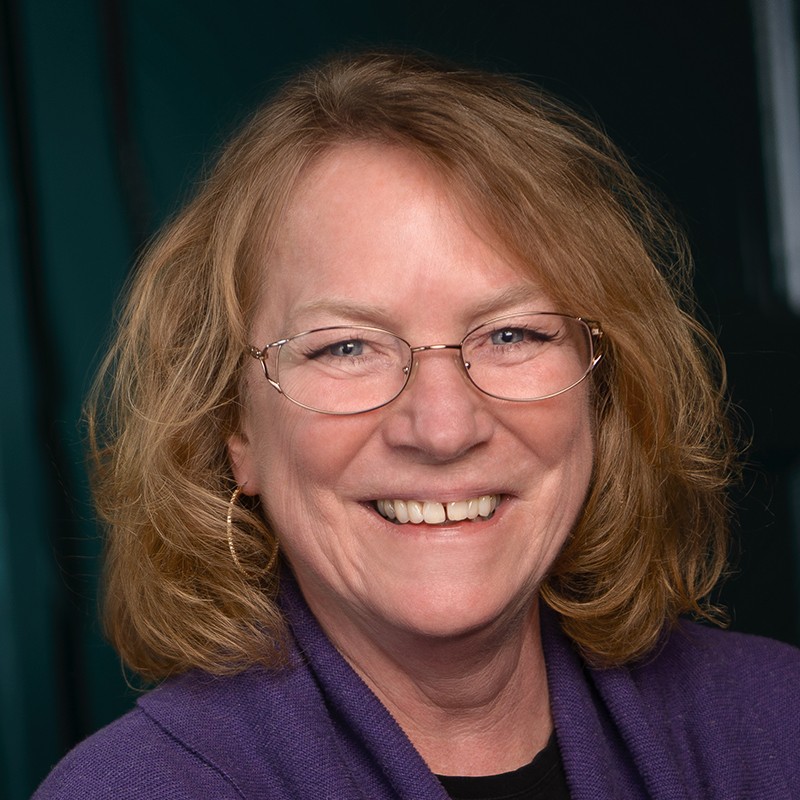